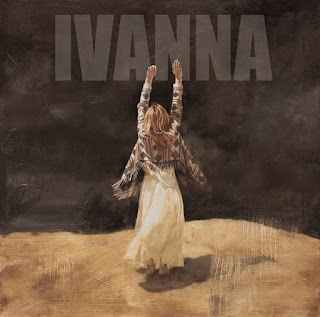 Swedish alt-pop group IVANNA's latest release is the latest incarnation of a group of talented musicians. Previously known under the names Dolly Daggers and Modern Love, The group has been busy on the club and festival circuit in Sweden and beyond, including Club 333 and Camden in London, and Popkom in Berlin. The band's sound has transformed from a classic 80s pop/rock sound to a more acoustic style - hence a new name.

IVANNA is fronted by Ludvig Sersam who composed and produced the album, followed by his two brothers Jonatan (piano, harmonicas) and Valdemar Sersam (drums) and also Johan Dahlbom from the synth pop band Alice in Videoland and Simon Söfelde (guitars).

The tracks go over well worn pop ground but with a sense of urgency that brings them to life. Acoustic guitar and voice dominate most tracks, fleshed out with synth and other layers of sound.

Disease highlights Louis' slightly over the edge vocals against a classic power pop arrangement that begins with a four-piece and then with the second verse, a multi-layered backdrop of electronica and acoustic instruments. Like the vocals, the lyrics have an emotional urgency.

In songs like Fight Fire With Fire, you can hear the legacy of melodic 1970s pop. Interestingly, the release was recorded at the Bakery Street studios, in Louis' home, a renovated old school on the plains of Skane, Sweden. The production is nicely organic, with the intimate feel that you need for this kind of music.
My Love is a stand out track, where spacey back up vocals echo against a lush arrangement of keyboards, acoustic guitar, and lyrics that examine love with an idiosyncratic lens. Money has some interesting chord changes and a relentless energy. Stalker is lit up by expressive vocals and a driving pop arrangement with a melancholy edge that suits the lyrics. The Broadway Show is another great track, where Louis uses his lower range rather than just the falsetto, and his range results in some real power as the song swells to a dramatic crescendo.

In all, it's an interesting collection of tracks with enough diversity to warrant listening to the full release. 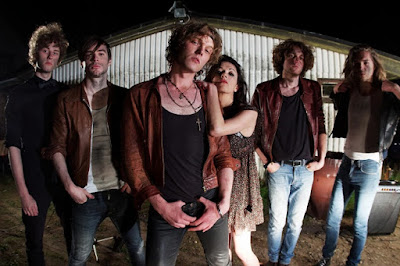