In the Blink of a Life is the second release for New York City based singer/songwriter April Martin. She inhabits the country rock genre with a convincing flair in this interesting collection of songs. 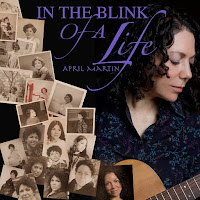 April's voice is a fluid alto, perfectly matched to the storytelling nature of the lyrics. She's expressive, and the vocals have a light quality that dances above the music.

Get a little case of dread
Finding grey hairs on your head...
But heart break doesn't come from lovin' me.

The songs are clever and insightful, and drive the straight up country swing of the music, with the guitar playing a mournfully twangy line above it.

She began songwriting later in life, after a career as a psychologist and raising three children. April says the inspiration for her lyrics is a love of the simple music she heard in her youth during the 1950s.  "I overheard my first grade teacher complaining, “If that child doesn't stop humming I will go crazy.” I hummed the tunes and memorized the words, which spoke life’s truths to my little heart. I knew for a fact that love is a many splendored thing, that Davey Crockett was king of the wild frontier, and that when you load sixteen tons all you get is another day older and deeper in debt. My musical tastes may have broadened, but to this day I’m drawn to the simplicity of a song that makes me laugh or cry or wonder about something that rings deeply true." 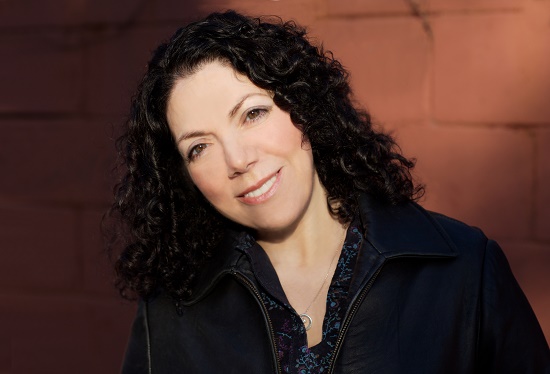 My Rock and My Rain takes a poetic approach to love's universal values. April's voice and sound are compared to Loretta Lynn and Gillian Welch, but I'm also hearing Patti Smith in the slightly quivering vocals and the stripped down rock arrangements. It's a sound that appears again in All I've Got.

She incorporates various elements with imagination. The vocals in While I'm Waiting take on a nicely roots country feel over Latin percussion and guitar. Some tracks, like Looking Back and Everyday I Love You More fall more neatly into the roots folk vein, with her voice over a simple guitar line. In Sara's Lullaby, the chorus is sung in Spanish, again blending a classic American folk feel with Latin rhythms. 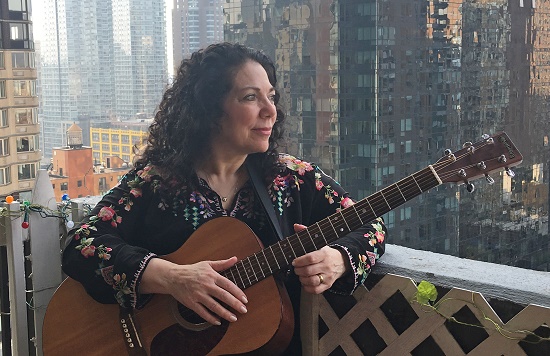 One Part Truth and The Party's In Full Swing draw on traditional country sounds like banjo, with lyrics that look on life (and death) with a wry lens. In Praise The Morning, she blends roots and country gospel in a catchy melody.

It's no surprise that her earlier release, 2010's Pennies in a Jar, collected more than 10,000 fans globally via Internet radio.