Symphony Pride is scheduled on the eve of the Orchestra’s East Coast tour, which was to have included two concerts in North Carolina but cancelled in response to discriminatory legislation adopted by the state. Michael Tilson Thomas and the San Francisco Symphony believe strongly in representing the values of the community they serve, offering Symphony Pride as an event which not only celebrates and affirms the Orchestra’s commitment to inclusion but also supports service organizations working towards equality for all.

“This special evening honors the essential contributions that LGBTQ composers have made in shaping the American musical sound,” stated Michael Tilson Thomas. “One of music’s greatest roles is to bring people together. I am proud to join with the musicians of the San Francisco Symphony and my dear friend Audra McDonald in presenting an evening that celebrates and honors the spirit of our community. This concert also offers me the opportunity to express my appreciation for the generous welcome extended to me and my husband, Joshua Robison, since our arrival here over 20 years ago.” 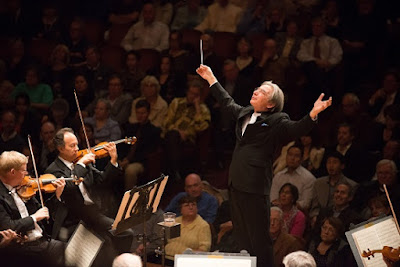 “We commend Michael Tilson Thomas and the San Francisco Symphony for taking a stand in support of the LQBTQ community,” said Mayor Edwin M. Lee. “This great event reaffirms San Francisco’s commitment to equality for all, regardless of race, religion, sexual orientation, or gender identity. Now, more than ever, San Francisco must exemplify what it means to be an inclusive city, devoted to protecting and advancing the rights of all who live here.”

The wide-ranging concert program features the voices of many LGBTQ musical mavericks that MTT has championed throughout his career, including Lou Harrison, Henry Cowell, Meredith Monk, and John Cage. Further illustrating the remarkable impact LGBTQ composers have made on the Broadway stage, Audra McDonald performs a selection of songs by Leonard Bernstein, Stephen Sondheim, and Kander and Ebb. McDonald also narrates Aaron Copland’s iconic Lincoln Portrait, a hopeful work he wrote to capture “the magnificent spirit of our country.”

Concluding the concert is the extraordinary final movement of Gustav Mahler’s Symphony No. 1, a work the Orchestra will be performing at Carnegie Hall later in the week. Event Chairs of Symphony Pride are longtime California State Senator and civil rights advocate Mark Leno and Joshua Robison.

Broadway and television star Audra McDonald joins MTT in Symphony Pride as co-host, vocalist, and narrator of Copland’s A Lincoln Portrait. Known for her powerful performances in musicals and dramas such as Ragtime, A Raisin in the Sun, and Porgy and Bess; for her solo tours and appearances with symphony orchestras nationwide; for her role on the ABC medical drama Private Practice; and for her many successful recordings, McDonald holds a record six acting Tony awards, two Grammy awards and an Emmy award. 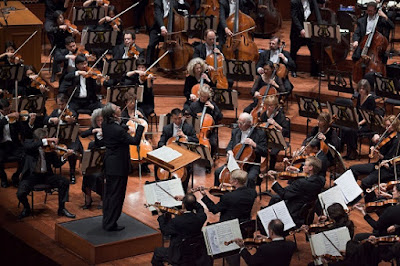 McDonald and Tilson Thomas have been friends and frequent collaborators for over two decades. This performance marks her 11th with the SFS and MTT since her debut with the Orchestra in their 1998 Gershwin Centennial Celebration broadcast nationally from Carnegie Hall. Throughout her career, Audra McDonald has been a passionate advocate and outspoken activist for equal rights and LGBTQ causes.

The majority of ticket proceeds from Symphony Pride will support organizations that provide services to the LGBTQ community in the Bay Area, including Larkin Street Youth Services, Transgender Law Center, National Center for Lesbian Rights, and The Trevor Project.

Larkin Street Youth Services has been at the forefront of meeting the unique needs of LGBTQ youth for decades. Throughout their continuum of services, from drop-in centers and shelters to education and employment programs, Larkin Street ensures that all programs are safe and welcoming places where LGBTQ youth are celebrated for who they are. Specialized initiatives for LGBTQ youth include HIV prevention, testing, and housing as well as their Castro Youth Housing Initiative, which provides supportive housing to homeless youth who identify as LGBTQ for up to 24 months.

Headquartered in Oakland, Transgender Law Center is the largest organization in the country dedicated to changing law, policy, and attitudes so that all people can live safely, authentically, and free from discrimination regardless of their gender identity or expression. The center envisions a future where gender self-determination and authentic expression are seen as basic rights and matters of common human dignity.

Located in San Francisco since 1977, the National Center for Lesbian Rights is a national legal organization committed to advancing the civil and human rights of lesbian, gay, bisexual, and transgender people and their families through litigation, legislation, policy, and public education.

The Trevor Project is the leading and only accredited national organization providing crisis intervention and suicide prevention services to lesbian, gay, bisexual, transgender and questioning (LGBTQ) young people under the age of 25. The Trevor Project offers a suite of crisis intervention and suicide prevention programs, including TrevorLifeline, TrevorText, and TrevorChat as well as a peer-to-peer social network support for LGBTQ young people under the age of 25, TrevorSpace. Trevor also offers an education program with resources for youth-serving adults and organizations, a legislative advocacy department, and conducts research to discover the most effective means to help young LGBTQ people in crisis and end suicide.

Broadcast: A broadcast of Symphony Pride will air Tuesday, April 11 at 8 pm on Classical KDFC 90.3 San Francisco, 104.9 San Jose, 89.9 Napa, and kdfc.com where it will be available for on-demand streaming.

Tickets: $25/$50
Tickets are available at sfsymphony.org, by phone at 415-864-6000, and at the Davies Symphony Hall Box Office, on Grove Street between Van Ness Avenue and Franklin Street in San Francisco.