Just what is Electro-Noire, you ask? Judging by this latest release from San Francisco's no:carrier, it's stylish, sophisticated, and atmospheric. no:carrier's sound is elevated by pure, melodic vocals over eletronic noise that buzzes, shudders, and pulses underneath its hypnotic sway. 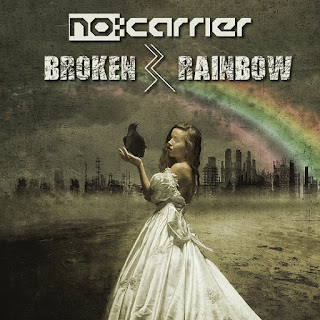 “We can’t be compared easily. We have our very own sound that includes elements from several styles – from Dark Wave to Synthpop, from Acoustic to Electro,” says Chris Wirsig, main songwriter and producer.

Founded in 1995 in Germany as a duo between lead singer Cynthia Wechselberger and songwriter/producer Chris Wirsigj, the band has added four more singers in a line up that's been fairly stable since 2001, including Lauralee Brown and Liza Marie Sparks of San Francisco and Scilla Siekmann and Bobby Halvorson of Los Angeles.

Broken Rainbow is no:carrier's fourth full-length album, and it covers the murky territory you'd expect. Violins and growly guitar lines weave in and out of the melody on Your Heroin.

Your heroin don't work no more
The needle's are all broken
Too much is left unspoken
Drowned forever more.

It's typical of the sense of invention that characterizes the collection of tracks. Little Death is another of the more melodic songs. The title track - Broken Rainbow - is instrumental, with a haunting melody that has echoes of Asian tonalities. 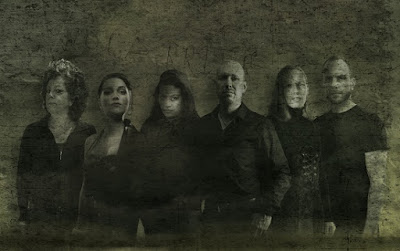 Sometimes you wonder if the effect is slightly tongue in cheek - as in the "creep mix" of Here's To You, with desolate, dismal vocals and arrangement over lyrics like

Here's to you
Here's to happiness
Here's to good times and bad
To being happy and sometimes sad
To every drop of rain
Falling down your pretty face...

When you think of it, Bad Moon Rising was a dichotomy in the original version - solemn, down lyrics over that catchy country rock. The no;carrier version simply adds the creepy piano arrangement the words deserve. Other tracks include The Man Who Drew Cats, a song about Louis Wain, a man famous for his illustrations of anthropomorphic cats.

Electronica at its finest loses the labels and becomes simply compelling music, and that's the effect of this intriguing release.