Odditorium weaves together 4 works from opera, theatre, and dance, all selections from Schafer’s Patria-cycle: Amente-Nufe, Crown of Ariadne, Tantrika, and La testa d’Adriana. Conceived over a 40 year period, Patria is considered one of the most radical and inventive Canadian works created in the past half-century, and consists of a cycle of 12 music-theatre works featuring a labyrinth of sideshows, lovers, buskers, and Tantric experts. As the Toronto Star has proclaimed, “there is nothing like Patria in the history of Canadian musical theatre.” 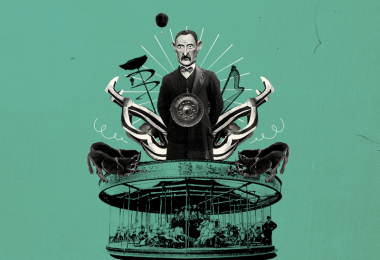 “Schafer invites us to journey with him into an exceptional world of magic and mythology. He touches us constantly with the eerily familiar, yet leaving us with a profound yearning for a return to innocence. These four remarkable works have been sculpted together as a continuous whole, exploring the deepest recesses of Schafer’s creative mind” explains Lawrence Cherney, Soundstreams Artistic Director.

“Myths of creation and destruction, death and re-birth, and the mythic archetypes of Ariadne, Theseus, the minotaur, and the labyrinth are on Schafer’s mind.  He speaks to our unconscious mind, in order to activate our mythic imagination. Our aim has been to follow his lead and create a space for connections and resonances between these four works” said creative consultant Chris Abraham. 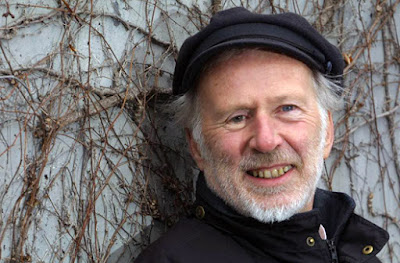 Soundstreams has a storied history with R. Murray Schafer. Soundstreams has commissioned numerous works: the large-scale opera The Children’s Crusade co-produced with Luminato; The Fall Into Light for 7 choirs; Death of Shalana, Isfahan, The Soul of God, and Hear The Sounds Go Round. Schafer, one of Canada’s most prolific composers, librettists, and music educators, was the first recipient of the Jules Léger Prize (1978) and the Glen Gould Prize (1987). Among his numerous awards and accolades, Schafer has received the Governor General’s Performing Arts Award for Lifetime Artistic Achievement, and was made a Companion of the Order of Canada in 2013.

The Crown of Ariadne by R. Murray Schafer: