Contemporary Art: Shame and Prejudice: A Story of Resilience A project by Kent Monkman Goes On Tour To 2020

After premiering at the Art Museum at the University of Toronto with over 23,000 visitors, Kent Monkman's Shame and Prejudice: A Story of Resilience will begin its national tour, travelling between Canadian coasts for the next three years. Calgary’s Glenbow Museum is the first stop to welcome Monkman’s searing critique of Canada’s colonial policies in response to the Sesquicentennial of Confederation.

As both artist and curator, Monkman includes his own paintings, drawings and sculptural works, in dialogue with historical artefacts and art works borrowed from museum and private collections from across the country. Shame and Prejudice was repeatedly described by Art Museum visitors as the show that “everyone needs to see.” 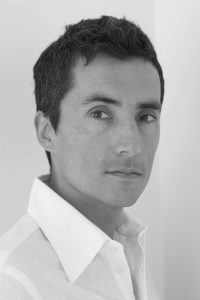 Barbara Fischer, Executive Director at the Art Museum, underlines the significance of the exhibition, which narrates a story of Canada through the lens of First Nations' resilience. “Monkman’s artistic and curatorial project puts unreconciled settler-indigenous relations front-and-center of a singularly powerful reconfiguration of the museum’s role as narrative form. Over three years in the making, Monkman’s project is a major revisioning of the way in which the relationship between settler and indigenous peoples is typically represented.”

Narrated by Monkman’s time-travelling alter ego, Miss Chief Eagle Testickle, the nine chapters of her memoirs tell of the disastrous consequences of the newcomers’ taking of the lands. Miss Chief’s journey takes her from the Fur Trade to the bitter tales of subjugation through starvation and sickness, to present-day life on the Urban Res to witness the fall-out of centuries of shame and prejudice.

A catalogue published in English, French, and Cree is forthcoming in the fall of 2017, with an introduction by Barbara Fischer and contributions from Richard Hill, Lucy Lippard, and  John Ralston Saul.

Comments from the visitors’ book
“Kent Monkman has given us a powerful and moving reality check.”
“Fantastic – this show should be on tour from coast to coast. We have so much to learn and this has so much to teach us.”

Enabled by the leading support of the Donald R. Sobey Foundation, the Art Museum partners with the Confederation Centre Art Gallery to present this major exhibition in venues across the country.

Shame and Prejudice: A Story of Resilience
Canadian Tour Schedule