JOURNEY TO THE ORIGINS OF JAZZ AND BLUES
So Long Seven - April 8, 2017
Part of the 15th Annual Small World Asian Music Series, sponsored by TD Bank.

TORONTO - In the fourth and final installment of the TD Discovery Series Special Projects, So Long Seven will premiere several new compositions as they explore the West African origins of jazz and blues on Saturday, April 8 at the Small World Music Centre. 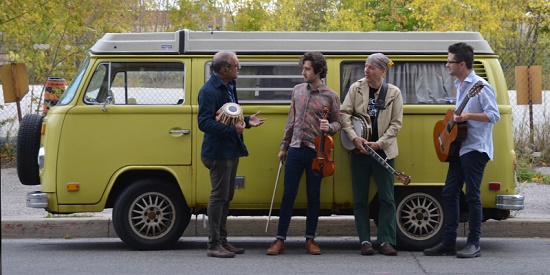 Collaborating with master percussionist Amara Kante , So Long Seven will showcase the influence of West African music on the contemporary scene drawing on the expertise of Kante, one of the top djembe players in the world. The origin and evolution of the banjo will also be acknowledged as they explore the rich and rhythmic language of this tradition.

"The banjo is an important instrument in that it is a descendant of an instrument called the ngoni that is played in Africa," states So Long Seven's banjoist Tim Posgate. "The ngoni and other similar instruments were brought to North America by slaves to the United States where it evolved into the banjo like I play today."

So Long Seven masterfully blends genres such as jazz, classical, world and folk to create richly textured acoustic music. Influenced by bands such as Punch Brothers, Shakti, Oregon and many others, So Long Seven creates a seamless tapestry of sound through their original music. So Long Seven consists of Neil Hendry (guitar / mandolin), William Lamoureux (violin / voice), Ravi Naimpally (tabla / percussion) and Tim Posgate (banjo). Amara Kante is a master drummer known for his encyclopedic memory of rhythms and his exceptional technique on the djembe drum as well as instruments such as dununs, bara, n'tama and krin. 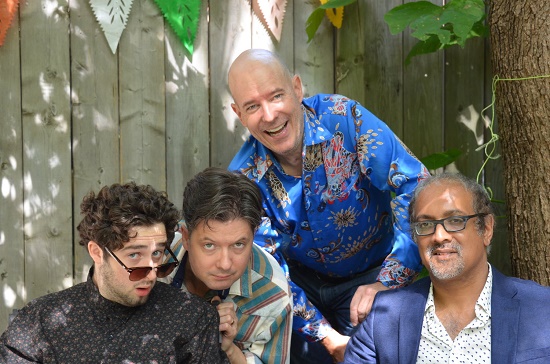 The TD Discovery Series Special Projects is a year-long initiative of music and educational performances created by Toronto Downtown Jazz, producers of the Toronto Jazz Festival, and supported by TD Bank Group. Designed to encourage the creation, development and presentation of unique new programming, the TD Discovery Series showcases some of Toronto's finest local jazz talent.