Soulful and twang-filled, Silver Lake 66 offer a rollicking, satisfying version of Americana on Let Go Or Be Dragged, their debut release. It's just the latest point in a long and rejuvenated career.

The duo of Jeff Evbo and Maria Francis share strumming and vocal duties ably. Jeff sings Bury My Bones in Arkansas, a track with echoes of country and classic rock, and a cool slide guitar line that adds a flourish. 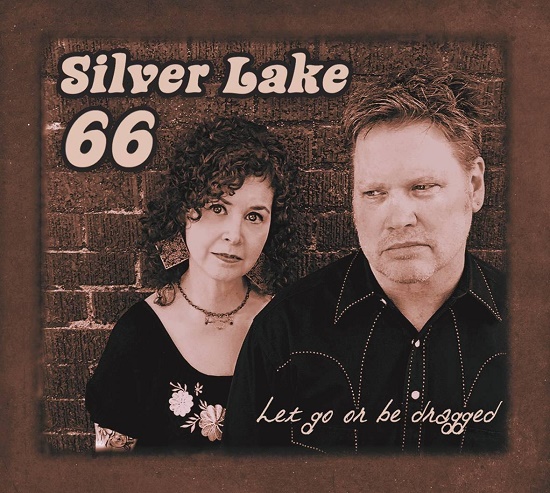 Maria's sweet, plaintive voice is a highlight on Magnolia, a lovely country waltz. She's got a nice sense of phrasing and melody that's easy on the ears. It's put to good use on tracks like Change Your Mind, a sweet country shuffle where her tone perfectly matches the heartbreak lyrics.

If the Devil's looking for me,
I'm not too hard to find...

Devil's Looking For Me has a real Dirty Thirties vibe to it, and the pair trade off vocals to a swingy groove. Their voices blend in some sweet harmonies on the chorus. 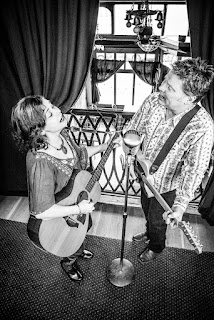 This is Americana played straight, with a sincere feel for the music, even if the pair obviously have fun with some of the lyrical conventions.The release was well received on the Americana circuit, getting airplay from over 50 American radio stations throughout the US, Canada and Europe. Let go or be dragged reached #24 on the Roots Music Report (a national Americana radio airplay chart) and the song “San Francisco Angel” climbed to CD #18 on the song version of the same chart. It's not hard to see why. The upbeat tune has a kicky rhythm and a forgiving message...You're just an angel who somehow wings...

The couple and duo of Jeff Overbo and Maria Francis were living in Minneapolis when they began performing and recording their material. Living in LA for nearly 10 years, their band The Ruby Trees performed regularly in area clubs. A move to Portland, Oregon put the brakes to their musical endeavours for a while, until they ran into other Americana afficionados locally. The duo returned to music under the name Silver Lake 66. 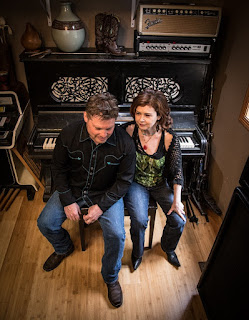