• Available on vinyl, CD, download
•  Stream it on SoundCloud

Come whisper something...smart
In my ear

Clever, sharply observed lyrics and a sincere musical appreciation for the expressive flavours of Americana raise this recent release by Shawna Virago well above the herd of singer songwriters recording today. 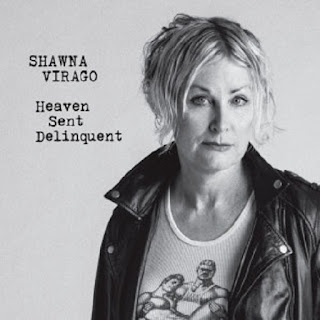 Virago is a pioneer; she has been performing as an out transwoman since the early 1990’s and it hasn't gone unnoticed. Her music has been profiled in many publications, including Bitch, the Advocate and Curve magazines and on left-of-the-dial radio.

You honestly don't actually have to know any of that to enjoy the folk/punk sound of the San Francisco based artist. Shawna uses the intimate acoustic sound and storyteller's perch of Americana to get the message across, using the sounds of country, bluegrass, and rockabilly in imaginative ways. It works well with her poetically insightful and observant lyrics. From the Ballad of Miss Suzy Texas,

She remembers the liquor stores they robbed together
Ya life was perfect then...

The mood is gritty and real in songs like Last Nights Sugar, a plaintive ballad about people who slide into the casinos and hook up in cheap motels. There's often a dry sense of humour at work. From Burnout,

The girls wore black,
Like they was Sylvia Plath
But I bet they never
Even read her

Virago describes the songs in a media release. “These are the stories of my generation – a generation of transgender people who came out long before the internet, before transgender celebrities and reality TV stars… before anybody gave a shit about us.” 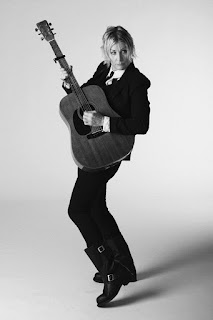 Virago composed original music for choreographer Sean Dorsey’s acclaimed dance theater work Uncovered: The Diary Project, about pioneering transman Lou Sullivan. Along with her musical career, Virago is a published writer and she has been featured in documentary works on PBS and NPR.

The first single is Gender Armageddon