• Find Tickets For All Events 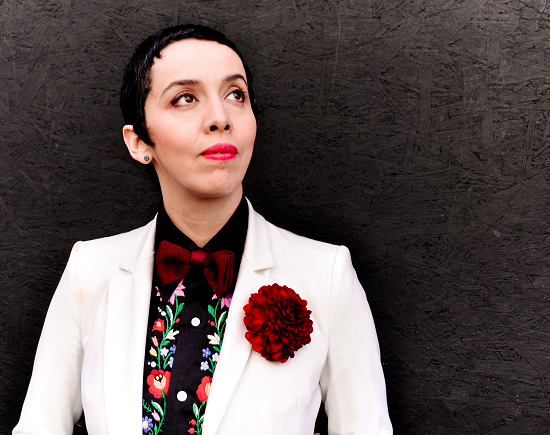 MARIACHI FLOR DE TOLOACHE: LAS CARAS LINDAS ALBUM RELEASE
WITH OPENER EDNA VAZQUEZ
Friday, June 16 at 9:30PM / Saturday, June 17 at 11:30PM - $25
All-women mariachi group and Latin Grammy nominees Mariachi Flor de Toloache is lead by singers Mireya I. Ramos (founder) and Shae Fiol (original member). Reminiscent of the early days of mariachi, the group started as a trio of harp, violin and vihuela; today, Mariachi Flor De Toloache performs as a full mariachi ensemble. The members hail from diverse cultural backgrounds such as Mexico, Puerto Rico, Dominican Republic, Cuba, Australia, Colombia, Germany, Italy and the United States. This diversity defines its unique flavor and sound. The result of this cultural bouquet is an edgy, versatile and fresh take on traditional Mexican music. Opening both shows will be Edna Vazquez, a Latin American artist based in the Northwest who performs original music that pays homage to her many influences from across the Americas. Edna has traveled far and wide to share their message of light, love and cultural healing. 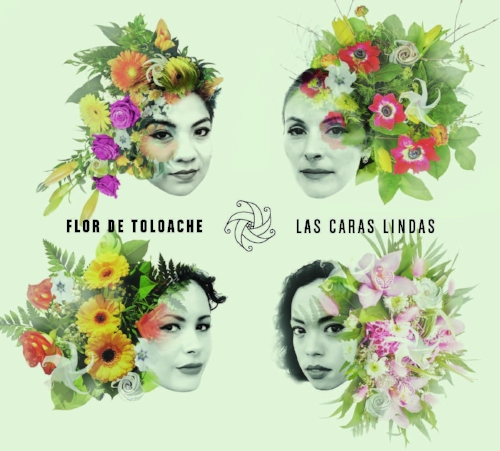 DORIAN WOOD
Saturday, June 24 at 11:30PM $15
Singer/composer Dorian Wood returns to Joe's Pub to perform songs from his emotionally-charged new album, XALÁ. "Armed with a vocal charisma that would befit a preacher and an experimental streak that would make avant-gardists swoon" (WNYC), Dorian is a wunderkind with a headstrong DIY discipline. He has brought his emotionally-charged performances to concert halls, museums, music venues and performance spaces throughout the US, Mexico and Europe, with a voice that channels the skill and ferocity of such auteurs as Scott Walker, Nina Simone and Tom Waits.

MAVI DÍAZ & LAS FOLKIES FT. MARIA VOLONTE
Wednesday, July 19 at 9:30PM $20
Lead by Argentine musical powerhouse Mavi Díaz, the band Mavi Díaz & Las Folkies is reinvigorating the rich folk traditions of Argentina with their original compositions, feminine point of view and electrifying live performances. This all-female band is deeply steeped in the Argentine folk tradition. Daughter of harmonica virtuoso Hugo Díaz, Mavi was surrounded by the best music from an early age. A pop star in her twenties as a founding member of the path-breaking group Viuda e Hijas de Roque Enroll, Mavi went on to an illustrious career as a performer, composer and vocal arranger.

EL SEPTETO SANTIAGUERO
Friday, July 28 at 7PM and 9:30PM
$15 Advance / $20 Door
Direct from the famous Casa de la Trova club in their hometown Santiago de Cuba, the cradle of son and bolero, El Septeto Santiaguero is the foremost son music ensemble on the current Cuban scene. Founded in 1995 by tres guitar virtuoso Fernado Dewar, Septeto has taken their contemporary perspective to the septeto format and have recorded eight albums in their two decade history. Their most recent release, Tributu a Los Compadres, is a collaboration with Jose 'El Canario' Alberto and was blessed with a 2016 Grammy nomination in the Tropical Latin category and a 2015 Latin Grammy win.

THAT'S NOT TANGO: ASTOR PIAZZOLLA, A LIFE IN MUSIC
Saturday, August 5 at 7PM / Sunday, August 6 at 7PM - $30
You've heard his music -- now meet the man. On the 25th anniversary of his death, That's Not Tango explores Astor Piazzolla's complicated personal relationships and far-reaching musical legacy. In words and live music, Piazzolla's imaginary and restless spirit takes us from his birthplace in Argentina through a childhood as a would-be hoodlum on the mean streets of New York's Lower East Side. We travel with him as a young man back to Argentina where he becomes a professional bandoneon player, band leader, and ultimately, composer, studying with the legendary teacher, Nadia Boulanger. This is the story of a kid who detested the scratchy tango records his father insisted on playing every night, to someone who grew up to become the savior of tango and, along the way, a towering figure in 20th century music. Conceived and written by Lesley Karsten (with co-writer Stephen Wadsworth), the show features Karsten as Piazzolla with pianist Brandt Fredriksen, bandoneon player J.P. Jofre, and violinist Nick Danielson.

ALINE MUNIZ
Thursday, August 10 at 9:30PM - $15
Music fans in the US will soon have a chance to hear an exciting new voice emerging from Brazil's diverse music scene, singer/songwriter Aline Muniz, presented in association with Brasil Summerfest. With three acclaimed albums already released in Brazil, Muniz is highly regarded for her sophisticated compositions and sultry vocal style, and her US debut Aline Muniz / Brazilian Pop Music will introduce fans stateside to her fresh global pop sound. Showcasing a broad range of influences from bossa nova, classic MPB (Música Popular Brasileira) to electronica and pop, Aline collaborated on the song selection with acclaimed Brazilian producer Béco Dranoff for the 17-track collection, which features popular original songs from her three previous albums such as "Mensagem de Amor" and the recently released track "Eu, Voce e Mais Ninguém" (You, Me and No One Else) featuring a stunning video filmed in NYC's Meatpacking District, alongside Muniz's exquisite reinterpretations of songs including "Ribbon in the Sky" (Stevie Wonder), "Tempos Modernos" (Lulu Santos), and "Jack Soul Brasileiro" (Lenine).