“With everything that's happening in the world, the time has come for people to start engaging with the problems around them in an attempt to make a positive change. This album is my attempt.” 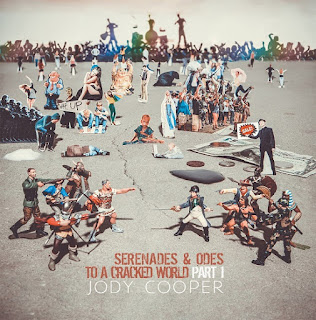 That's a statement by singer songwriter Jody Cooper about his latest release. It's an album with a message, but one where relevant words meld with solid pop/rock songs and musicianship for an entertaining delivery.

Multi-instrumentalist, singer-songwriter, performer, busker and “Walking Jukebox“, Jody Cooper grew up as an English boy in a Scottish village, and was drawn to music early. From violin lessons as a six year old, he graduated to local bands as a teenager. After a few years playing in bands, he went to the University of Liverpool for a degree in music. That led to Ten A Penny, his 2007 indie release, a stint in Sense of Sound, an a cappella group, more releases and extensive touring.

In 2013, he left the UK for Germany, more touring, and a couple of single releases. After his first visit and concerts to the U.S. in 2016, 2017 he's released his most ambitious project so far, 'Serenades and Odes to a Cracked World': his first crowd-funded concept album on the themes of
disintegration (part 1) and integration (part 2, release TBC).

One is the first single from the release, a piano driven ballad with a meditative message of unity.

When all is said and done,
When every race is won,
When all that's left is blame,
When will we ever learn?
There's only one.

Forsake The Joneses blends its anti-corporate consumer message inside a driving pop rock song. Jody plays all the instruments himself on the album, including lead and backing vocals, bass, acoustic and electric guitars, keyboards, and percussion.

He's got a great voice for the genre, melodic and expressive, but with a rough edge where he needs it. He lists the Beatles as one of his early influences, and his compositions flow into a similarly melodic pop vein, but he adds a more modern alt-rock sensibility.

There's a little romance mixed in with the social commentary. Don't Know You Now is a stand out track, mixing plaintive vocals and clever lyrics with a multi-layered arrangement. Home is another intriguing track with interesting changes and a haunting melody.

Jody's an accomplished musician, singer, and composer, and all of those talents go into making this an interesting listen - for both the words and the music. 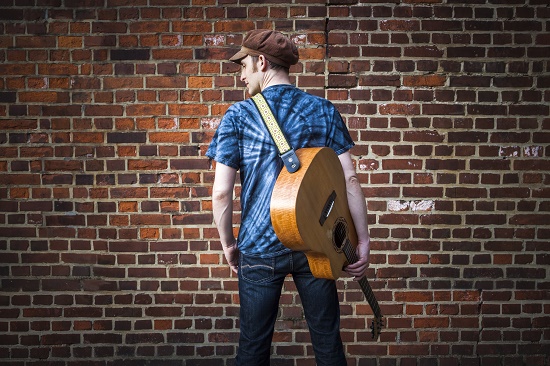