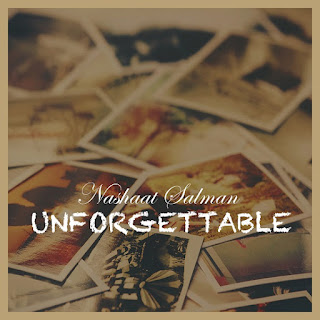 Based in Meilen-Zurich, Switzerland, Nashaat Salman ia an engineer and business manager by day, musician and composer on the side. He's nonetheless produced a steady stream of material as a composer over the last two decades or so, including music for film, TV, and other multimedia projects.He launched his Universal Melodies project in 2015 with the release of the first (Vol.1) EP. This EP single is the follow up.

Unforgettable od Middle Eastern/gypsy harmonies wrapped up in an orchestral arrangement that relies on a sparkling grand piano as its base. He offers four versions of the song, two instrumental and two vocal. Lakita Bagwell contributes the vocal track. Her accomplished delivery adds a richly expressive phrasing to the texture of the song, nicely complemented by the horn tracks.

Nashaat studied orchestration and film scoring at the Berkley College of music. He also obtained an MBA from the University of Manchester (Manchester Business School), UK.