As promised, Juri Seo's new release focuses on her beautifully liquid piano compositions...mostly. She plays it on the first track, a jazzy piece entitled #three, with percussion and bass. It was inspired by noted jazz trio The Bad Plus, merged with elements of late Romanticism. It's Beethoven meets jazz.

“Three Mini Etudes in C”, played by Thomas Rosendranz, begins with the familiar arpeggios of piano studies, then veers into semi-chaotic, agitated territory, covering a gamut of emotions and approaches.

Her Piano Sonata No. 1, appropriately titled “La Hammerklavier” (or Hammer Piano) is percussive, speeding up and slowly down in a dizzying whirlwind. Pianist Steven Beck brings it to life with an assured sense of its style. The piece takes its cue from Beethoven’s Op. 106. and pianist Steven Beck navigates the piece’s extreme registers of expression deftly. 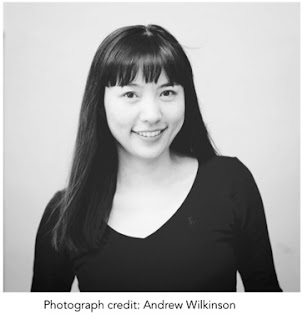 “Études for cimbalom” is the exception to the piano-focused release, performed by Nicholas Tolle, one of the most adventurous players of the Eastern European hammered dulcimer in contemporary music. It is moody and striking, offering a range of dramatic expression. The final track, “vi,” bring together Rosenkranz and and percussionist Mark Eichenberger to conjure strangely consonant music flecked with chromatic twists and turns.


Through the piano, that most traditional of musical filters, Seo pours her eclectic influences and the results are coherent, but refracted and many-hued: Beethoven meets 20th-century avant-garde meets modern jazz. She scales the heights and plumbs the depths of the instrument, attempting to engage with the widest scope of pianistic possibilities.

Born and raised in Korea, Seo came to the United States in 2005 for graduate studies at the University of Illinois at Urbana-Champaign. Currently, she is an Assistant Professor of Music at Princeton University.