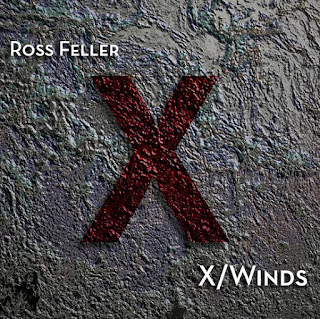 In the liner notes, composer Ross Feller talks about "thorny, angular gestures" that pervade his music, and that's a good description of its energy. It's kinetic, agitated, an emotional roller coaster ride, tempered by a grand sense of style - a kind of refined chaos.

Feller lets the contradictions in these elements animate the music, their clashes generating the energy of the pieces. Throughout, there is an emphasis on a deep-seated sense of resonance, and tactile and physical attributes of sound as they are experienced. This is muscular Modernism at its most immediate and urgent, in the grand tradition of Charles Ives and Henry Brant.

In “Triple Threat,” labyrinthine patterns are mapped onto various musical parameters, then disrupted by Gilles Deleuze’s and Felix Guattari’s three fractured lines: break, crack, and rupture. In places, parts are obscured through masking techniques such as pitch and timbral overlapping and in others, sheer force pushes elements into the foreground and shoves others to the back.

More meditative and less forceful, “Still Adrift” nonetheless reflects Feller’s interest in juxtaposition and sound as a physical force. Processed and resynthesized piano samples to amplify the live piano’s resonance and suggest the sense of a virtual, acoustic space. 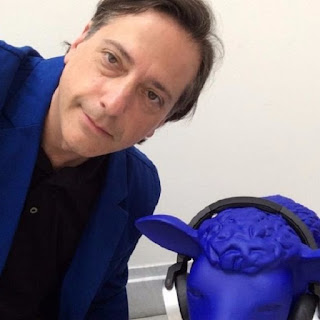 The title track – blown to great heights by the Oberlin Conservatory Wind Ensemble – navigates the space between these two ends of the spectrum, conjuring mayhem through webs of textural densities, and employing conflicts between various contradictory impulses that build to a frenzy, eventually leaving only resonant trails and air.

A Chicago native, Feller began in high school to systematically explore the boundaries of his saxophone through improvisation, and experiment with various compositional techniques. He co-founded the avant-garde, jazz-rock ensemble Dot Dot Dot, and then went on to study composition at the University of Illinois at Urbana-Champaign. He currently teaches at Kenyon College, Ohio.

“Feller sees sound itself as a primary material of his music, no matter how rigorously he structures pitch and rhythm. Sound is bent and smeared, layers bleed into one another and then detach. Instruments overlap and create morphing meta-instruments. All this is guided both by a scrupulous ear and by the metaphysical programs animating the flow… Feller proves that the idea of exploring new worlds, of breaking molds isn’t dead at all. Modernism for him is a tradition of freedom and experiment, mixed with an intellectual armature of rigor and paradox. For listeners who have grown up with indie rock, free improv, industrial noise, this will be familiar terrain. Likewise those who like their art with a dash of conceptualism and philosophy will find plenty to satisfy their appetite. Dig in.” – Robert Carl, composer and music critic.