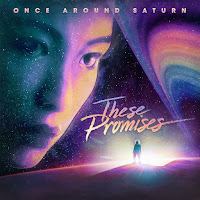 Once Around Saturn is the stage name of Sydney, Australia based synth pop solo artist Dan Kelso. He's been around 2014, releasing a string of of singles in. "These Promises", his latest release, is an EP that collects four of his songs. Along with Kelso, the release features  Glenn Whitehall and Amanda Easton on lead and back-up vocals.

It was an engineer in the Sydney studio where he was recording who connected him with singer Amanda Easton, who adds a lot to the Once Around Saturn sound. Her vocals are timeless in style, and would be equally at home in a pre-WWII cocktail lounge. Kelso's upbeat songwriting lets her lovely pure tone take over the high end of songs like Fortress of Love, the lead single. 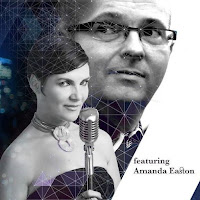 "Synth-pop" covers a lot of territory. Here, Kelso uses the electronics to create layers of texture and melodic interest, using a range of sounds that would be at home on a disco dance floor, circa 1985 or so. Titan Excursion is anchored by a trippy, hypnotic beat, and whispery vocals that float above it. The title track, These Promises, features Glenn Whitehall on lead vocals above a danceable retro groove.

Kelso acknowledges his obvious influences. "It's no secret that I love Synth Pop; from the classic British eighties acts to the more contemporary sounds of other artists who are also clearly influenced by that earlier era. As technology progresses, new sonic possibilities become more accessible to the independent artist, but at the heart of it all is the sense of song." 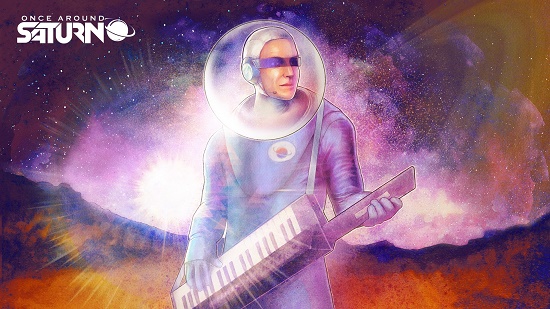 Kelso confesses that he's in the studio recording new material every few months or so -- there will be plenty more where this comes from.