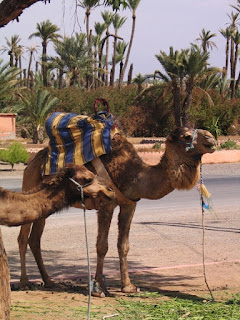 Boston, July 2017 – When traveling, it’s easy to get lost in the idea, “When in Rome, do as the Romans do.” Taking part in different cultural customs are new and exciting experiences. Unbeknownst to many travellers, however, is how often animal cruelty is associated with tourist attractions and cultural practices.

Elephant and camel rides, bull fighting, taking selfies with a lion cub, and visiting circuses all contribute to exploiting animals and giving money to those who do. FOUR PAWS urges vacationers to take animal welfare into consideration when planning your vacation. Be wary of these signs and take proactive measures to ensure your vacation is both fun and ethical!

“The alarm bells should sound as soon as there is a possibility to take selfies or other pictures with a baby animal,” warns Thomas Pietsch, FOUR PAWS Wild Animal Expert. Animals in this environment are used solely for profit. “Some of the most popular tourist attractions offer rides on elephants, ponies, donkeys or camels. These animals may be exposed to the sun and heat for the whole day without getting enough fresh water or shade. It’s important to know that elephants in particular are often mistreated as babies to make them docile. The will of these animals is downright broken,” states Pietsch.

Many petting zoos, a common attraction in the U.S. and abroad, do not have species-appropriate enclosures for animals. Baby and adult animals are often kept in deplorable conditions without regard for the animal’s comfort or natural instincts. In particular, lion cub petting farms in South Africa have an added element of cruelty. “Tourists are excited about petting a lion cub, but they don’t know that the cute cubs will likely grow up to become victims of the canned hunting industry,” Pietsch explains. Canned hunting involves lions that are bred in captivity, raised by hand, then hunted and killed within a fenced area with no chance of escape. By paying to pet cubs and take pictures with them, tourists are unknowingly contributing to this cruel industry.” The link between lion cub breeding farms and canned hunting facilities is far too inhumane. The end result: these animals are bred to die.

In some countries, a high number of stray animals roam the streets. Visiting tourists may want to help these animals by feeding them, not knowing their efforts are causing more harm than good. Feeding strays causes the animals to get used to a human food source and contributes to increased growth of the stray animal population. Once the summer season is over and tourists are gone, these animals no longer have a food source and more animals are left hungry. Uncontrolled stray populations can pose risks to humans and animals through aggressive conflicts, spread of diseases, and other welfare problems.

FOUR PAWS recommends steering clear of sports or contests involving animals. These events include traditional bullfighting in Spain and Portugal and other dog, bear, or rooster fights in other parts of the world. Orchestrators of animal fights share the view that the audiences’ entertainment is based on the torment of animals. These events are cruel in themselves, but also involve prior mutilation of the animals involved. For bull fights, bulls are goaded deliberately through means of aggravation. This includes being punched in the kidney area, having their genitals pierced with needles or being injected with drugs to disorient them before a fight. The end result? A gruesome death typically resulting in the animal choking on its own blood.

Most cities have taken to banning animal circus performances. However, some still allow it. It is important to avoid these events and be familiar with the practices animals are forced into. Circus animals must adapt to abnormal surroundings and perform unnatural behaviours. Solitary animals like tigers or bears may be penned up together while social animals like elephants are kept alone – chained up for hours on end – until they need to perform. The keeping and transportation of these wild animals in circuses result in the saddest forms of captivity. Most of their life is spent in cages or tiny enclosures, moving from place to place and causing extreme stress for the animals. As long as the audience keeps visiting and spending money to keep these “big tops” in business, animals will continue to suffer.

FOUR PAWS suggests that animal loving tourists visit national parks or animal sanctuaries if they want to get closer to nature. In South Africa for example, FOUR PAWS runs LIONSROCK, a species-appropriate sanctuary for big cats that were rescued from zoos, circuses and inappropriate private keeping conditions.

When in an area with a large stray population, FOUR PAWS suggests tourists donate to a local animal shelter to support proper care for the local strays. 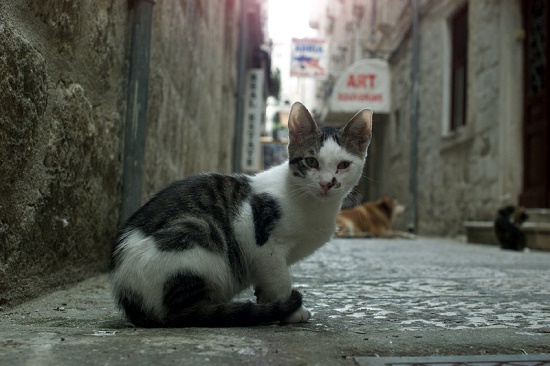 Last but not least, Pietsch advises caution when buying souvenirs, stating, “Many shops sell items made from ivory, turtle shell, exotic animal leather or coral. Buying such products adds to the danger of extinction of protected species.” Importing souvenirs made from endangered species is illegal and according to the Convention on International Trade in Endangered Species of Wild Fauna and Flora (CITES), is punishable by fines and other penalties.