• Buy the CD on iTunes
• Listen and share via Spotify 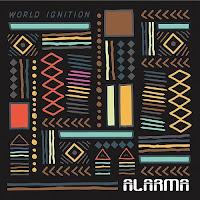 Alarma bring the ill-defined realm of world music down to your local bar or college campus with this collection of globally flavoured pop/rock music.

Based in Northeast Los Angeles, California, the band has been interviewed on LA's KPFK and has been featured on a number of internet radio stations across the country. They have been busy delivering their live show at community music festivals, clubs and colleges across California for the past several years.

The new release is their third. Their initial, self-titled EP  consisted largely of Latin rock sung in Spanish. A live performance on Fox 11’s Good Day LA boosted their profile, and they followed up with a self-released full-length album titled Ripe Conditions in 2014. 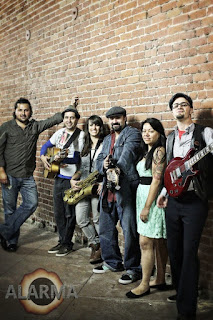 For their latest release, World Ignition, they delve deeper into the vast range of influences in world music. Fire has an insistent beat reminiscent of West African musical genres.

You'll hear Latin cumbia - Negra Tomasa is a stand out track in that vein, a song stripped to its urgency of feeling and the bouncy cumbia beat - along with reggae, ska, African, and Middle Eastern influences blended into a danceable groove.

Chaingang is a song that wraps up a number of influences inside a classic pop song structure. We Are The Ones includes a message about solidarity in action inside a ska/punk beat. It's a winning blend of elements where the result ends up greater than the sum of its parts.

Alarma band began in their native northeastern Los Angeles as an experimental Latin rock project along the lines of Santana and Los Fabulosos Cadillacs, and their signature sound continues to evolve.