• Check out the first single, 'Crave' on Spotify
• Keep an eye out for the release on her FB page 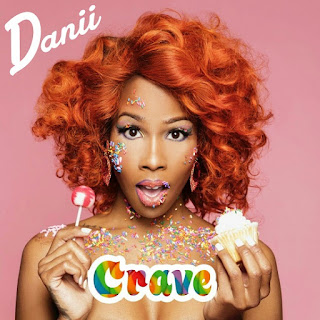 Smooth jazz with a retro flavour and sparkling vocals that light up the tracks are what you can expect from Memoirs, the upcoming release by vocalist Danii Roundtree. In keeping with the old school musical genres Danii explores on the release, the lyrics are entirely inspired by her memories. In the press materials, she says,

"Memoirs is an album written from true life events. We all have that one love story that ends before it starts. And I just so happen to be a singer/ songwriter who documents through song. This album is literally a collection of my memoirs. All the records are personal. The sound has a throwback feel that is Jazz-oriented with Funk and Soul elements; cleverly coined as 'Retro'. I hope to one-day transition into acting, so I wrote the album as though it was a never-ending Retro movie soundtrack. Ultimately, with the end goal of its contents being put in television, film, commercials, and one day becoming its own short film."

Begun with an intro that's half spoken, half sung, Crave, the second single off the upcoming release, showcases Danii's fluid vocals, particularly in a sweet high range against an old school RnB groove.

The first single was released last year. Good Day Lover features Jai Black, and the song has a smooth jazz feel, with shimmery effects, keyboards, and a poetic horn line that complement her sweet soprano.

Juke Box Boogie goes right back to the early days of the Jazz Age  for its inspiration, while Magic and Caroline both hypnotize with a relentless Motown era groove. My Man is definitely a show tune in waiting, with its upbeat swing and a Broadway finish. 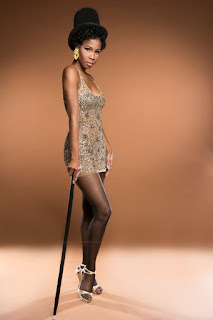 Pillow Talk is reminiscent of Golden Era songs like Fever, the Peggy Lee classic, in its bouncing jazzy rhythm. Danii adds horns and keyboard to create a lush arrangement that beautifully complements her voice. She achieves a nice tonal range along with her multi-octave range when it comes to pitch, from a sultry alto to a rich soprano. It's that effortless sounding vocal fluidity that makes every track stand out on its own merits.

Danii's a native of Atlanta, Georgia. She began singing and performing at age 11, turning pro in 2009, and she's been building a reputation locally for her live performances since then. In May of 2017, she made her debut at the 40th Annual Atlanta Jazz Festival, and plans on many more live gigs leading up to the album's release sometime later this summer.

Memoirs is a polished collection of tracks with Danii's voice to raise the music well above the masses of new releases. It will be interesting to see more of her work in the years to come.