MONTREAL -- Ice cubes are either too warm at the first sip, or it melts and waters down the drink.  The Morgan Street Company designs uniquely-shaped chilling stones to preserve both drinks and dignity.
Their story begins in 1880 at the Simon Powell and Son’s Distillery where an engineer built a pressure cooker that was intended to improve efficiency.  One day there was a clog in the line and the boiler exploded.  Witnesses say that the clog was blown through the roof almost straight up in the air. 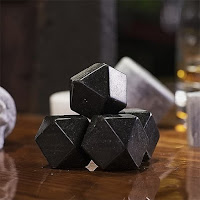 It landed 175 feet west of the distillery. On Morgan Street.

The founders (William Yin and Sam Zaghal) love this story because the history of alcohol is filled with risk-takers and innovators.  They honor them by designing the best drinking accessories for the world’s whisky-lovers, tequila-shooters, bourbon-gulpers, scotch-soakers, gin-sippers and vodka-guzzlers.

On Kickstarter the founders have set a goal to raise $CA 20,0000. The various sets of chilling stones start at 19 USD.  The stones come in unique shapes: 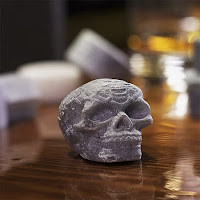 The chillings stones are made from soapstone. The material has high specific heat capacity which keeps a drink colder for longer.

The company is building a brand and has plans to create other unique accessories.  Morgan Street wants to build a community and eventually create their own liquors.