Stingray Celebrates the Musical Talent of the First Nations, Inuit, and Métis Communities 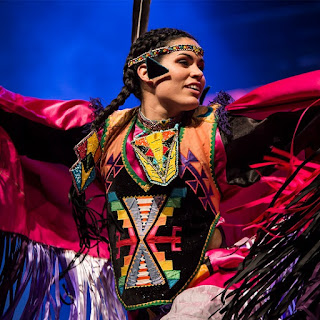 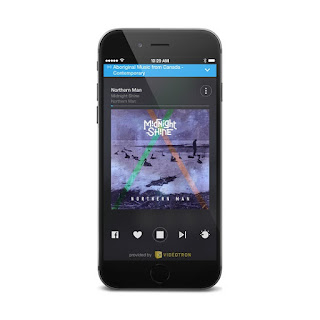 The Stingray Music mobile app is offered free to all subscribers to a service that carries Stingray Music. The app can be downloaded from the App Store and Google Play. The partners expressed their enthusiasm for the new initiative.

“We could not claim to be a truly Canadian music service without promoting the talent of our country’s First Nations, Inuit, and Métis communities,” said Mathieu Péloquin, Senior Vice-President, Marketing and Communications of Stingray. “We are truly honoured that APTN, NCI-FM Manitoba, and FPR choose Stingray as a partner to share the vitality of their music with the world.”

“APTN has been, from its inception, a strong proponent and supporter of musical talent in our communities, said Jean La Rose, CEO of APTN and FPR. “When Stingray proposed this partnership, we immediately agreed but asked that NCI be part of this new relationship given their strong involvement in this area as well. Together with FPR, we will work to evolve the opportunity for our musical talent and artists.”

“NCI has a long history, since 1971, of providing exposure and airtime for our musicians and artists”, said Dave McLeod, CEO of NCI Inc.” This partnership with Stingray gives us the opportunity to share our communities’ musical talent and will provide our artists with well-deserved national and international exposure. We are confident that recognition for our artists is destined to grow as the world discovers the wide variety of musical talents within our Indigenous music community. I expect we will get many requests for more tracks and even more channels reflecting the First Nations, Inuit, and Métis talent.”

About APTN
September 1, 2017, will mark the 18-year anniversary of the launch of the first national Aboriginal television network in the world with programming by, for and about Aboriginal Peoples to share with all Canadians and viewers around the world. APTN is available in approximately 11 million Canadian households and commercial establishments with cable, direct-to-home satellite, telco-delivered and fixed wireless television service providers. The network launched its high definition channel, APTN HD, in 2008. In 2017, First Peoples Radio Inc., a non-profit corporation established by APTN was granted licences to operate English and Indigenous-language Type B Native FM radio stations to serve the urban Indigenous communities in Ottawa and Toronto. The stations are expected to launch in the spring of 2018.  APTN does not receive government funding for operations but generates revenue through subscriber fees, advertising sales and strategic partnerships. APTN broadcasts programming with 72% offered in English, 10% in French and 18% in Aboriginal languages. For program schedule or for more information, please contact APTN at (204) 947-9331 or toll-free at 1-888-278-8862 (Canada), or visit the website at http://www.aptn.ca

About NCI-FM Manitoba
Native Communications Inc. (NCI) operates in Manitoba as a public broadcaster. NCI is an Indigenous service organization offering radio programming, designed for and by Indigenous people. NCI has been broadcasting since 1971, providing Indigenous language and cultural programming. The NCI-FM radio network is composed of 59 FM transmitters located from Winnipeg to Churchill, reaching 98% of Manitoba’s population. NCI also produces the multiple-award winning program, the Indigenous Music Countdown, a weekly two-hour top 40 program heard on twelve stations across Canada including SiriusXM Canada.