• Stream on Spotify
• Buy on CDBaby 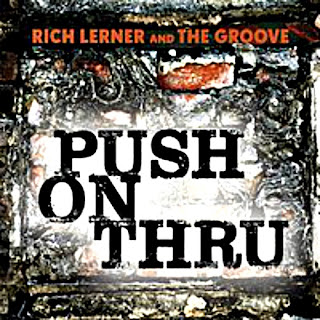 This latest from North Carolina band Rich Lerner and The Groove continues in the Southern-tinged rock vein the band has been plumbing for many years and through many releases. A flair for hook-laden songwriting and tight musicianship give it an instant likability factor.

Push On Thru, the title track, has a bit of a country swing, with twangy guitar lines and lyrics about just keeping on.

The songs cover life and love from a working man's perspective, something that the band's local following no doubt connect with. She Kept My Room Warm is another track that leans towards country rock, with a wry, down to earth message about relationships. It's Always Something turns to classic rock for inspiration, with a nice guitar solo in the middle.

Lord Have Mercy is one of the stand out tracks. The band's easy groove translates perfectly into the retro vibe of the song. They've had largely the same personnel for the past several years and you can hear that loose/tight swing in the music.

Love Monkey is another interesting song with a stripped down, bluesy feel that layers in a wailing steel pedal together with a prominent bass riff and inventive drumming. The lyrics mine the well worn territory of love with insight and hard earned wisdom.

Soul Sistah is a radio friendly song in a mournful minor key that sticks in your head. 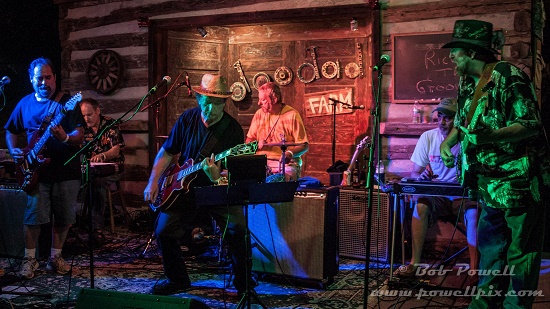 Back in the 1990s, Rich recorded and released four solo albums on the Rockduster label. Since 2000 Rich Lerner and The Groove have released four more albums on their own Freethemusic label. As longtime members of the community, the band founded their own annual Groove Jam Music Festival to benefit their local homeless shelter and food bank. The festival has been running since 2012.

If you're looking for solid rocking blues with a dash of country played with an upbeat groove, this is your album.

It's a blurry live video, but the sound is not bad on Lord Have Mercy