Cesar F. Correa began his artistic life early, exploring painting and drawing as a child in Mexico City. He began to teach himself how to work in various media, later attending workshops at various cultural institutions to add to his expertise.

Cesar's techniques and materials are born in Mexico's land and traditions, including ceramics, woven arts, and working in wood, metal, glass, and paper along with paints. He's been exhibiing his artistic work in solo and group exhibitions in his native Mexico since 2003. Cesar's work tends to fall in a few distinct streams.

Painting
Cesar's paintings inhabit a surreal world where fantasy and reality mix, lit up by a rich sense of colour and depth. People and natural subjects are both examined, with an overarching theme of linking human nature to its environment, often through social and political themes. Street life in Mexico City is a frequent subject of his work.
Organic Sculpture
For about the last 15 years, Cesar has been developing a body of animal sculptures crafted from plants, fruits, seeds and dry organic materials that he collects from all over Mexico and other parts of the world. He's collected materials from forests, beaches, and parks in Oaxaca, Quintana Roo, Estado de Mexico, Mexico City, Guanajuato, and Veracruz, among other locales. 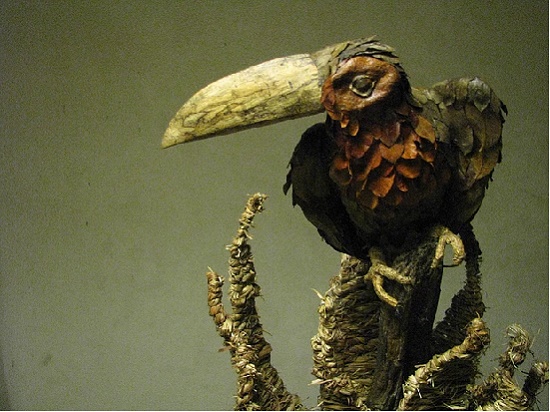 From them, he crafts insects, birds, reptiles, fish, and even fanciful beasts like dragons that have a lifelike, organic flow and sense of movement. They're quite remarkable. His own goal is to explore the consciousness of the natural world. 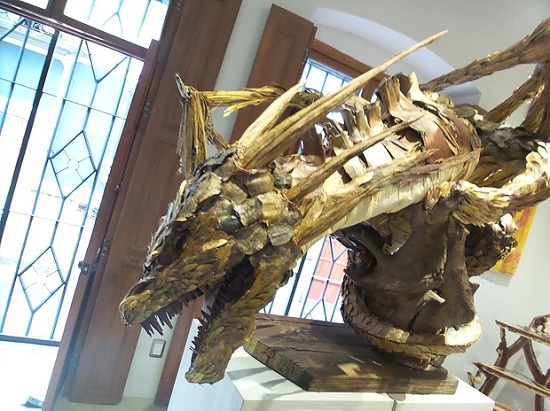 Dibujo lUz
This series explores the stark contrasts of day and night, black and white in drawings that fuse plastic, paint, and electric light. In daylight, the images appear black and white. At night, the colours emerge.
Artisan Work
From the whimsical to the practical, Cesar takes his love of natural materials and forms to making novelty sculptures - like a singing skeleton music box - lamps, and other decorative objects. As with the more purely artistic work, he links the human and natural worlds through the marriage of form and function. 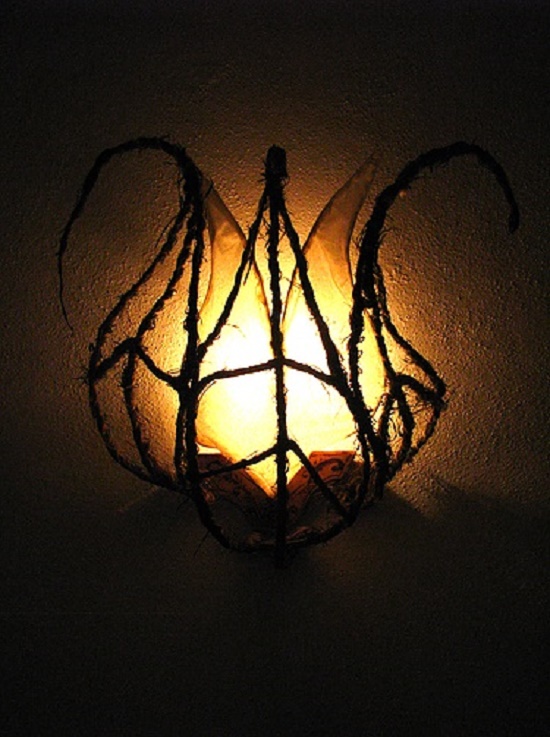 To add to his talents, Cesar is an accomplished composer and musician. Here's a little of the music you'll find on his Soundcloud channel.