Mû Mbana: A Music Whispered On The Wind

Mû Mbana:
A Music Whispered On The Wind


• Connect on Facebook
• Check out his releases at WhatAbout Music

When Westerners think of "African music" and West African music in particular, we tend to think of danceable party music - and there is plenty of that in existence. Artists like Mû Mbana, however, offer music that is more intimate and contemplative, trance-like as it builds layers of intensity. 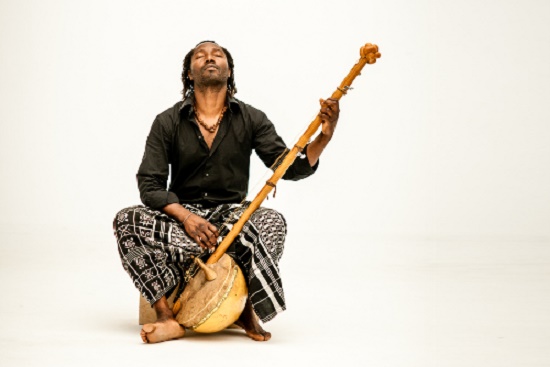 One of the perks of working with/for a music festival is getting to know some of the artists and their music a little better than I would as an audience member alone. The Hamilton World Music Festival is how I came to know Mû.

Born in Guinea-Bissau, he traces his passion for music back to the age of three, when he first remembers dancing to the music on the radio. After stints working as a singer-songwriter in Portugal and Spain, including playing with a jazz-fusion trio and a gospel group, he began to develop his own style in earnest by about 2001. He's been focusing on his own work as a solo artist since 2008. 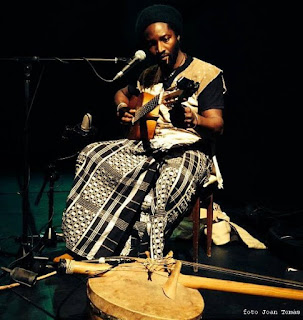 His is a music that lies close to its roots, music that arises on the wind, and is whispered through the leaves and back down to the earth, translated by his body into sound. If you could call music organic, this is what it would sound like. The sounds of Guinea-Bissau and West Africa mingle with jazz flavors and complicated rhythms in a seamless flow of song.

While his songs and compositions are definitely connected to his own roots, he's always been open to collaborations in virtually any genre.

At the Hamilton World Music Festival, he easily collaborated with a Canadian roots/folk/country band, an Irish harpist, and others, and charmed them all with the sincerity of both his music and his personality.

Here, he plays with Waleed Abdulhamid, a Toronto-based multi-instrumentalist originally from Sudan.

Mû's compositions begin with a beat; like a heartbeat, they begin the life of the song, which then takes hold of his voice, eventually weaving itself into more complex rhythms and counter melodies. His voice ranges from an expressive baritone to a soft tenor that sings, sighs, speaks his lines of poetry, and even laughs at times. 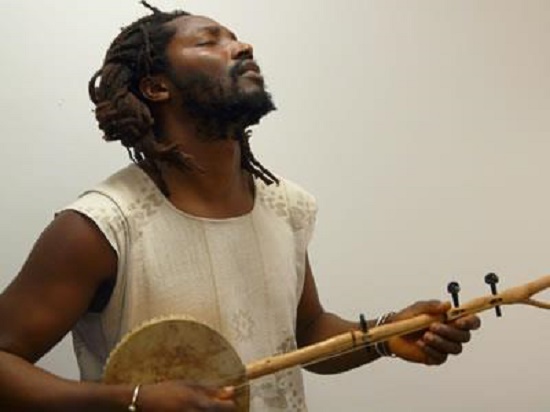 He plays simbi, bensuni, and various percussion instruments which are attached to his leg and ankles, allowing him to play, sing, and add complex rhythms simultaneously. Mû's music has an intense focus, and that's what translates into the mesmerizing sounds he makes. It's not a show that you will go to see, but rather an experience you will take part in as listener.

It was his first time in North America. Here's hoping Mû will put us on his tour list for good.