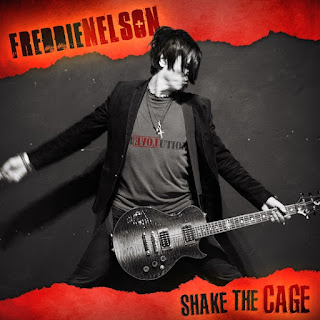 Turn You On, the first track, sets the tone with hard driving guitar and a punk rock vibe, with sonic hooks to keep the ear entertained, and flashes of clever phrasing.

I wanna turn you on
Instead of working it out...

Vocally, his literature compares him (several times) to Freddy Mercury, but I'd say he might be a bit closer to Ian Astbury of The Cult fame in terms of tone and sound, especially on tracks like All Night Long. He's said to have a four-octave range; certainly, he has range, power, and fluidity. 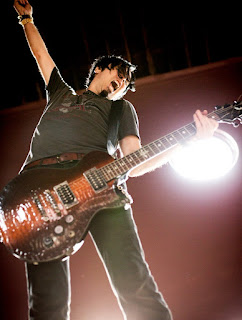 It's not surprising. Freddie first took the stage as an 11 year-old in his native Pittsburgh. After establishing himself as a working musician, Guitarist, singer, songwriter, and producer Freddie Nelson caught the attention of renowned guitarist Paul Gilbert (Racer X, Mr. Big) in 2009 and collaborated on an album titled United States. It was released on Mascot Records and the two toured Japan and Europe in support of the CD.

Freddie began work on Shake The Cage, his first solo effort, in 2015. He does all the writing and producing on the album, along with all of the musical and vocal performances, with the exception of drums performed by the legendary Thomas Lang (Peter Gabriel, Kelly Clarkson, John Wetton, among others).

Light is definitely inspired by Freddy Mercury and Queen, and he does achieve the right sound both musically and vocally. My Girl is a stand up track, sexy and strutting like a good hair rock band from the 1980s.

The Show is one of the album's slower ballads, with a twangy slide guitar lick, a slow waltz time, and a story about the woman who let him go.

The musicianship and vocals are next level, making this a must hear release for punk, rock, or retro metal addicts out there. 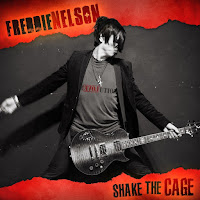