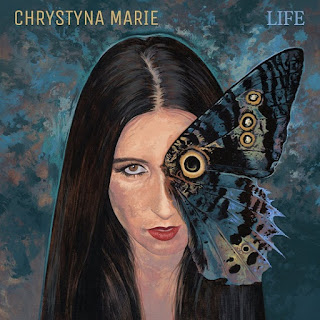 LIFE is the solo debut release from Chrystyna Marie, a full length album full of rock and blues hooks. Chrystyna says she's inspired as much by classics as contemporary singers and musicians, from Janis Joplin, Ottis Redding and Etta James to Selena and Christina Aguilera. Born in Toronto, Canada, she now makes her home in Los Angeles.

I Want That Boom Boom, the lead single, is a straight ahead driving rocker with her strong, clear voice threading through the heavy guitar licks. Chrystyna attacks vocal duties with a strong rhythmic sense and while she has the obvious control of a trained and experienced vocalist, she knows when to let a sense of abandon take over, as in the bouncy, bluesy Devil The Angel Eyes.

She's been active in the music industry since the age of 18, when she began as a demo singer on indie label. She's also an actress, and has appeared in local community plays like West Side Story as Maria and Dorothy in the Wizard of Oz, along with accumulating a long list of smaller roles in music videos, and TV. She was the lead singer in an LA founded pop group called Greencat. 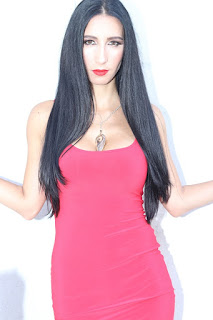 Mr. Insecurity, the second single, is a torchy ode to Mr. Wrong, with some nice guitar riffs from David Gavin Baxter. Stylistically, she takes from the rock/blues/classic rock genre, but adds polished vocals and harmonies that create a different effect - more sophisticated and urban. Special props to drummer Michelle Josef, who provides not only solid beats but some impressive fills.

She covers the old blues classic Nobody Knows You When You're Down And Out. It's a version that plumbs the vocal virtuosity rather than the bluesy irony inherent in the lyrics. If that's the one critique I'd make, it's that the vocals are a little too polished for truly convincing blues expression.

Chrystyna sounds more at home on A Woman Knows, an original song about...well you can pretty much guess. It's always about that damn man, but here she really connects with the sense of the song. Mama's Blues goes into a traditional 12-bar blues mode, her vocals alternating between sultry and strident. It's one of the stand out tracks on the release.

If you're into rock and blues with a polish rather than an edge, this is a release you'll want to dig into. 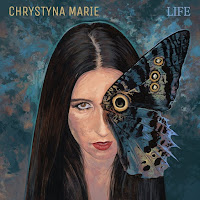