Holidays are for relaxing, unwinding, and hopefully learning something about the world outside your everyday. When you belong to the LGBTQI community, holiday decisions become more complex. Feeling safe is a priority.

That's why doing your research, and choosing your destination carefully, lays the groundwork for a great holiday experience. Finding LGBTQ-owned accommodations is another way to help ensure an enjoyable holiday. The owners can be a source of advice on places to go and things to do along with lodgings.
A pragmatic approach overall is what's recommended by Lou Wiltshire-Smith, a coach driver with Topdeck, a tour operator specializing in group tours for 18 to 39s with a taste for the unusual and the adventurous. Lou, whose gender identity is non-binary, is also an experienced world traveler in their own right, and that has included areas of the globe known to be unfriendly to the gay community.

"My gender identity is very non-binary, so I present myself as 'masculine' most of the time. I have to be careful in places where homosexuality is not yet accepted, making sure I’m culturally sensitive and have researched the laws thoroughly ahead of visiting."

No one likes the thought of having to hide their identity, but there are parts of the world where an LGBTQ identity alone can and will cause problems. Lou's advice is to make sure you know what you will be getting into.

"Be careful and try to blend in. You can be a human rights warrior as much as you like on your own turf, but if you're waving the rainbow flag in an unfamiliar country as a tourist, you could end up having a bad holiday. As much as I hate advising people to be anyone other than their fabulous selves, it's easier to 'fit in,' in some instances. We always advise passengers to be culturally sensitive, monitor their behaviour and dress appropriately wherever we go."

Traveling with a partner can add a few more issues to keep in mind. "Something as simple as holding hands in public could cause some grief in the wrong setting."
London, with Soho, its large gay district, Madrid, which has hosted World Pride and other major events, Toronto, with a plethora of gay venues all over town in addition to a thriving Gay Village, Tel Aviv (one of the most gay-friendly places in the Middle East), Copenhagen, Berlin, New York City, Lisbon, and San Francisco are listed by Pink News as among the most gay-friendly destinations on the globe. All of those locations celebrate gay culture and feature LGBTQI friendly venues and institutions. 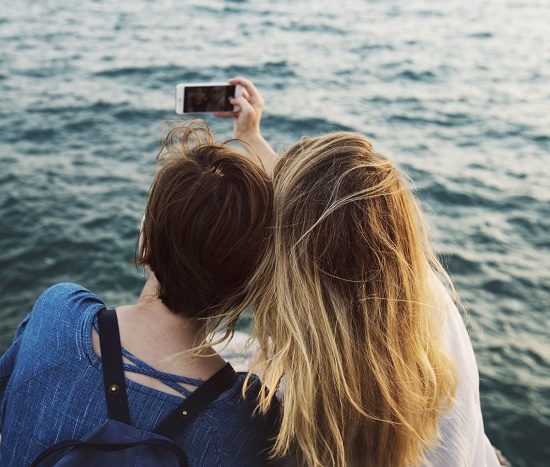 Lou recommends a group tour operator like Topdeck for a first trip overseas, especially for solo travelers. "I'm hoping Topdeck can gain further ground in the LGBTQI demographic so more young, gay travellers feel comfortable to travel alone and know that our company will cater for them and take care of them."

Despite the need for extra caution, travel can still be a life changing experience. After taking their first trip with Topdeck about three years ago, Lou's become a professional nomad working for the company. The biggest rewards are the memories and the friends that have become family. The most memorable experience?

"Having a beer in the midnight sun at Nordkapp, the most Northern point of Norway. I was with fantastic crew members and we'd been having such a good trip together. The midnight sun is often hidden behind cloud cover, but we had full, beaming sunlight and it was brilliantly surreal. We also popped some champagne and celebrated a passenger's birthday up there, followed by a karaoke coach trip back to the campsite."

Final word? Do the homework, and get packing.