• Buy it at CDBaby
• Listen via Spotify

W.B. Jones is the heart of Free Willy, a band that was formed back in 2016 after he was inspired by a jam session at the Camp Street Cafe in Crockett, Texas. He's joined by Jimmy Taylor on bass and back up vocals. Taylor is a produced and an engineer who started out his career as the sound guy for the late, great Don Wilson, and served as recording and mixing engineer for Willie Nelson's
"Nacogdoches" album a dozen or so years ago. From that core duo, Spence Peppard on lead guitar and drums, Kevin Carter on fiddle and mandolin, and Steve DeVries on banjo and harmonica were added to flesh out the full, textured sound. 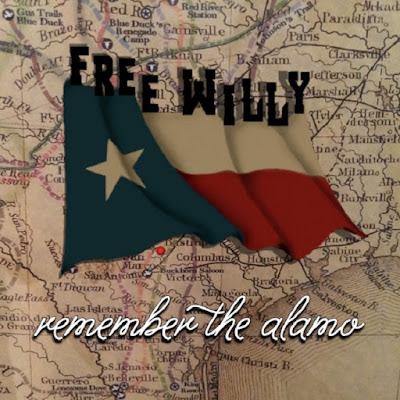 The fiddle and mandolin anchor the sound, with sweet guitar lines that weave in and out of them. The band infuses a range of expression into a traditional genre; without breaking from those traditions musically, they breathes new life into the country/bluegrass vein.

Amazing Gracie is a lively tune that evokes the more familiar old staple, twisting it into a boy loves girl song,

Amazing Gracie, how sweet the sound
Your love can save a wretch like me...

It's typical of the songs on this release - a nod to nostalgia, with good old fashioned 'let's get married' values in the lyrics. Few genres have escaped modern gentrification like bluegrass. The heart of the music are the strings - guitar, mandolin, fiddle - textured in layers that keep the quick two-step rhythm rolling along underneath D.B.s sincere tenor and harmony lines.

Lyrically, the songs cover love and life - the usual fare - with some interesting forays into philosophy. About God Has A Name, D.B. has this to say,


"This song is based on my hypothesis that the Creator envelopes us in spectral light, and that anytime we see a rainbow, or light displayed via any type of prismatic device, it is to remind us of His constant presence. When I was in primary school, our teacher taught us the acronym, "ROY G BIV" to make it easy for us to remember the colors of the spectrum (rainbow): Red, Orange, Yellow, Green, Blue, Indigo and Violet. The song tells the rest of the story, which ALL of us can relate to in varying degrees, regardless of religious beliefs, or lack thereof." 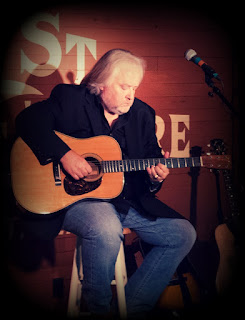 Not Your Everyday Love Song has a nice country swing, with lyrics that look at romance in a realistic light. There's a Christian spiritual bent as a grounding to the album's upbeat message, one that sometimes comes with a philosophical flair, as in As A Man Thinketh.

As a man thinketh in his heart,
So is he, so is he

There are tales of the working man who supports a family in Another Day, Another Dollar, while Meant to Be slows it down to a sweet bluegrass ballad about getting married, with a nicely poetic sense of melody.

There's a nice range of variation through the 12 tracks while staying well within the genre, with melodic variation and top notch musicianship to carry the momentum.

The group plans on starting to record a follow up album this fall.
americana bluegrass indie music