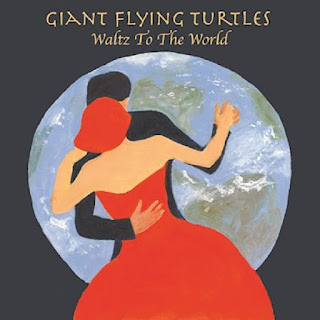 Many bands bill themselves a genre defying or something similar, but it's not often completely true. Giant Flying Turtles, a quartet hailing from Brookylyn's indie scene, is the exception.

They have a full sound, with the keyboards and bass figuring prominently, along with guitar and a wide range of instrumentation, including the cello, fleshing out the sound.

Perhaps oddly, this is music that will appeal to oldsters and hipsters alike, fueled by really tight musicianship - in particular, Johnny Young's liquid fluency on the keyboard that offers many of the release's highlights. Tight, crisp, and inventive drumming by Jim Toscano is another part of their signature sound. Johnny Young is also the band's main vocalist, with a sound that ranges from rough edged rock to the pure tones of prog rock.

The songs cover a range of moods and sounds. Waltz To The World - which isn't actually a waltz, lol - is pop with a jazzy feel, lit up by a shimmering keyboard line and expressive vocals. One Of A Kind ventures into a classic rock mode, with a side journey into prog rock - and harmonies on the chorus that made me think I was listening to Yes for a few seconds.

Stay Out Late has a trippy feel that veers from jazz to campy pop, with a cool sycopated beat and a retro vibe that reminds me of the best of sixties pop. Train Song starts as a straight ahead rocker, veers into a glam rock kind of mode - a la Queen - with a jazzy beat. That's the kind of mash up you can expect from this talented bunch.

Most of the songs are upbeat and uptemp, Hold The Flag being a lovely exception. The music is appropriately elegiac and somber, with a military-style drum riff.

We could will hold the flag,
Until the lights go down...

Banjo is a surprise, a walk straight into country/bluegrass territory. As the first single, there are two versions of Waltz to the World on the release - the second moodier, jazzier than the lead track.

They may not be well known outside the Brooklyn indie scene as yet, but if there is any justice in the world, that will all change. 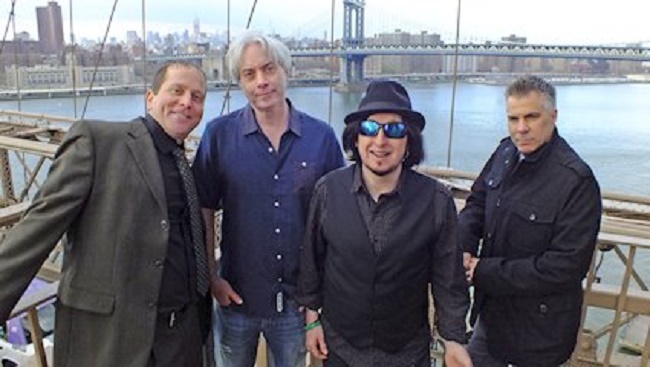 Recent accolades: Their song Raven Hair is featured in the festival favorite One Wall – Kings of Coney Island. Their song Keep My Dream Alive is the theme of the film Shining In The Dark which was nominated in The Moscow International Film Festival, and they were invited to perform it there.