• Check Him Out Online

Did you know that Johnny Depp's Mad Hatter’s hat for Walt Disney’s movie Alice in Wonderland was made in southern Germany? A well-known address to hat lovers for more than 100 years, the ‘Hutkönig’ (Hat King) of Regensburg, Bavaria, is located in the city’s centre, the shop offering literally thousands of styles of traditionally-made headgear. 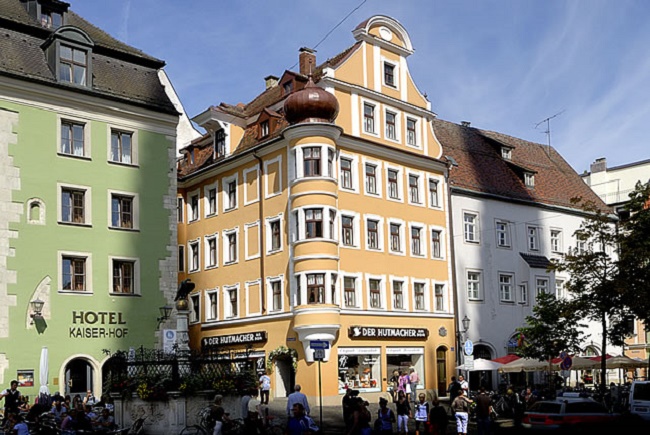 The "Hutmacher am Dom", located next to the old cathedral, offers his customers a wide variety of hats and accessories that cover two floors. More than 15.000 items of headwear, of any kind and for every season, will satisfy any need.

The goal of this family business is to find a hat for every head.

Europe's one and only master craftsman for both lady's and gentleman's hats/headwear is Andreas Nuslan, with "Meister" titles for hat making and fashion design. He manufactures his designs in cooperation with a dedicated team in an old "Hutmacherei" (millinery). The "Hutkönig" (hatking) has been a well-known address for hat-loving customers in Regensburg for more than a 100 years. 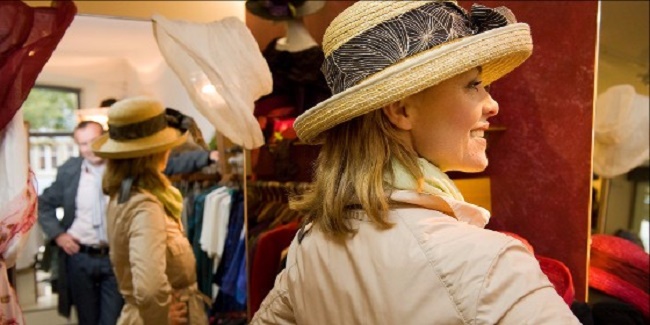 Their globally unique speciality is the traditional and complicated creation of the hats according to old English methods, the "Zurichte". It's a gentle manufacturing technique by modern standards that guarantees high quality fabric and construction. 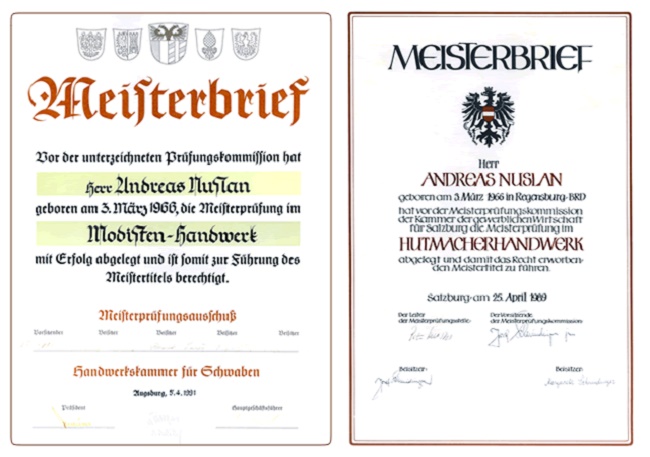 A hatter family for five generations, the tradition began in Aussig/Elbe in 1875, with a Regensburg hat making company established in 1919 by Josef Lange. It was relocated to Krauterermarkt 1 in 1968, where three generations of family are still serving the public and creating the designs behind the scenes.