• Order the Book
• Check out the Edgy Veg Youtube channel

Edgy Veg is vegan cooking that satisfies on every level. When they say "Carnivore Approved" - they mean it. 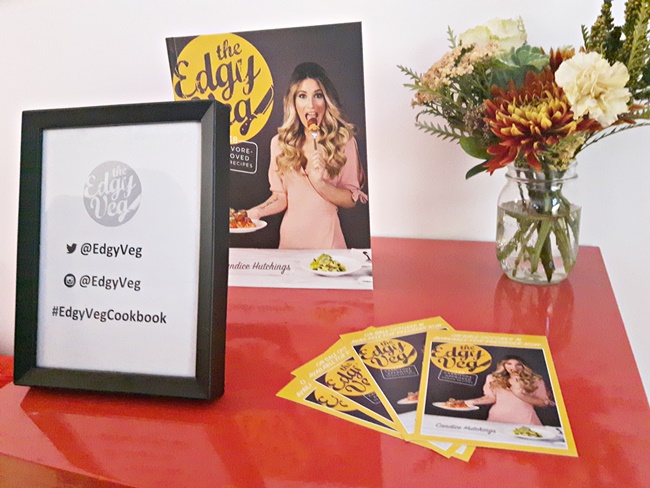 Are you thinking of going vegan? Or even, like me, just cutting down on your meat consumption? There are many reasons to do so from factory farming to the environment.

But what can hold you back? If you are of a certain age, you will remember what was then called vegetarianism, and books like Diet for a Small Planet. It was a great book, with some good advice. But those recipes...there is only so much broccoli and brown rice you can stomach. Nowadays, of course, it's more like kale and whatever has been deemed the latest superfood.
If you were raised with the typical North American diet, it probably left you with very few ideas on what to do with all those veggies once you eliminated the basic meat + potatoes trope from your diet. They were boiled, maybe buttered. They were boooring.

Candice Hutchings, the food genius behind Edgy Veg, knows that you want your comfort foods and even your junk foods, and no diet that is asking you to basically eat salad all the time is going to cut it. That was the motivation behind Edgy Veg, the Youtube channel she started up about five years ago with hubby James Aita. That channel has grown to more than 250,000 subscribers, which led to the impetus for the book.

The book includes 138 recipes, with everything from basics like pizza dough and pasta, soups, breakfast options, snacks, main dishes, drinks, desserts and more. There are recipes like UnOrthodox Lox and Cream Cheese Bagels, Cobb Your Enthusiasm Salad, Buffalo Cauliflower Wings 7 Ways, Easy Cheesy Fondue, Chick-Fillet Deluxe and Thank You Very Matcha Ice Cream. There are even vegan hacks on junk food faves like the hamburgers and chicken filet sandwiches we all love. You won't have to give up your faves like (V)eggs Bennie or cheesecake.

I can personally vouch for a number of recipes - dishes that were served up at the book launch, including Shredded Hogtown Jackfruit - a vegan pulled pork slider, if you will - and a divine Death By Chocolate Mousse. 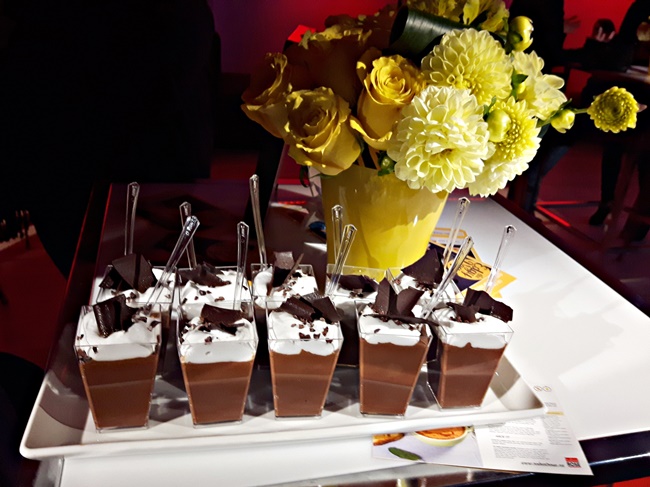 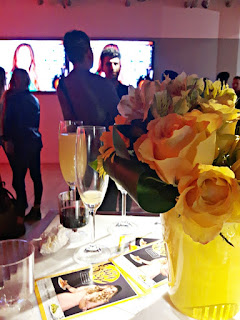 Having things like a lot of breakfast choices and fast food substitutes makes it a lot easier to stick with a vegan diet - and be really happy about it.

Candice has appeared on the CTV Network show The Social, and SiriusXM's What She Said! With the cookbook under her belt, Candice is also working with Chloe Coscarelli's byCHLOE vegan restaurant chain based in New York City . Candice and James live in Toronto with two pups, ‌Sir Winston Churchill and Harley Quinn - they even have their own Instagram @vedgydogs.

I should mention that the launch was held at YouTube Space Toronto, which all aspiring YouTubers should check out.

Back to the Edgy Veg - here's a sample of one of her videos,