• Buy the release
• Listen on Spotify 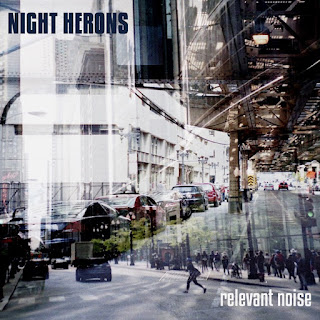 Relevant Noise is the second release from Oakland, CA based Night Herons. The core group consists of Dana Berry on vocals, drums and guitar, Mike Assenzio on guitar and Larry Huene on guitar and drums. The group has been together since 2013 and they are easing into a fully developed sound.

It's straight ahead alt rock with a nice ear for hooks and riffs that stick in your head and keep it from getting boring. The first track, Compromise, exemplifies the combination of driving rock and observant lyrics.

While you could certainly file the release under radio-friendly alt-rock, there are a number of influences throughout the album. Tracks like Fighters & Lovers or Glaciers seem to take their inspiration from heavy metal, but with a more inventive and hook laden treatment.

Dana Barry's vocals are perfect for the genre, at turns full of yearning and emotion, and then harder edged for the rock out lines. In some tracks, like Wildfire or Sunflowers, there are shades of not outright progressive rock, but certainly some nice licks and rhythmic complexities.

Let Me In is a stand out track - all atmosphere, beginning with a minimalist arrangement over his voice, then adding the full force of guitar and percussion. 2x2 goes into a blues rock vein, and the energy works along with jangly guitar lines.

Overload is another highlight. When the band plays not just with the conventions of straight ahead rock, but atmospheric effects, it works perfectly with Dana's vocals. 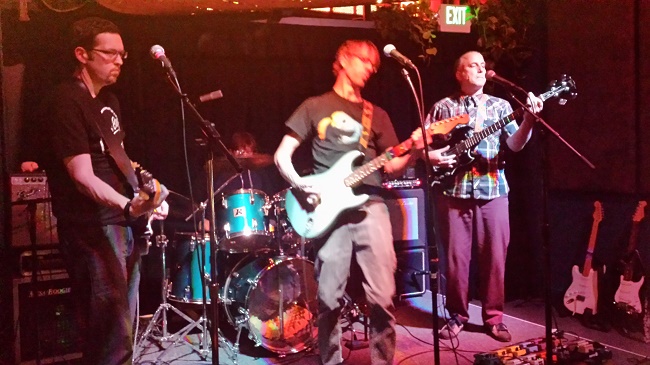 Dana Barry has been a drummer since forever, gigging in a string of bands that include LA's Forrest Lawn and San Francisco's Pancho-San. He was looking to put together a band to perform his original compositions in 2013. He recruited Assenzio (formerly of East Bay outfit The Wounded Men), who in turn recruited friend and old bandmate Huene. The chemistry worked so well they decided to form a brand new band, and so the Night Herons were born. Their first release, Shipyard Riots, followed in 2014.

Along with the original trio, the new recording includes bassists Mason Holding, Dave Leonard (Titan-Ups, Dartajax) and Assenzio’s brother Brad, with Shea Breaux Wells adding vocals to the song, “Let Me In.” 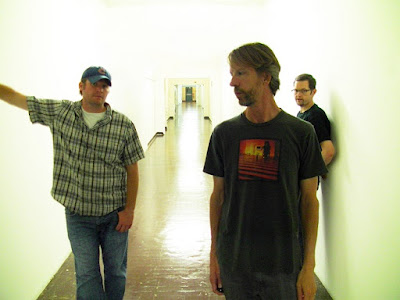