"Light Years Away" is the second release by New York City based singer-songwriter Paul Maged. It's a follow up to Diamonds & Demons, an indie release of a few years ago that turned quite a few heads critically. This release is the first in a planned trilogy of EPs. 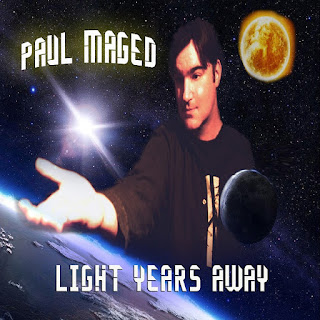 Let's just get this out of the way from the beginning. I don't usually critique CD covers, but he really does need a better designer - ditto the promo shots. The visuals just don't go with the high bar set by the music. They deserve better.

Paul's got a high tenor that can be clear, sweet and high, or edgy, with an accomplished and nimble style. You could classify the release as a whole as power pop with a sense of urgency and drive. PC Police is a catchy punk-pop tune mocking PC culture, but with a very simplistic take on the issue.

The average person who reads their news on the web knows the issues are far more complicated than a blanket statement about liberty can cover. If you can't talk about the issue with the kind of relevance it deserves, it may be better to go on to something else.

Moment of Strength has an anthemic feel and a bridge that made me think of the days of disco. It's a strong track and blends musical influences.

Paul began his stage career as a stand up and sketch comedian, an art he pursued for more than a decade coming right out of high school. He's had background roles on SNL and acted in indie films. Paul channels his comedic experience in the video for the title track. Light Years Away features a nicely complicated sense of structure and composition in a song about life on a cosmic scale. There are definite prog rock influences at work here.

Sailing through infinite time
Our matter, our being, our minds

Ashley Jane turns softer and acoustic in a folk rock vein with some tasty chord changes to savour. Maged says he dreamed this song in full. It includes Cabbage Pomeranz on the harmonica. Half Moon continues the acoustic folk thread. Here his vocals are fluid and expressive.

He does a lovely acoustic piano version of Audioslave's Like a Stone, wringing the emotion out of the words and the music with an almost orchestral. It's a completely different vocal take than the Chris Cornell original. 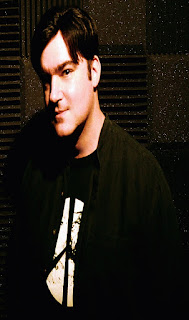 The release has really nice production, the sounds clean and warm, courtesy of Multi-Platinum Producer Sean Gill of The Passengerz.