Ann Millikan: Millikan Symphony
For, about, and of Robert Millikan 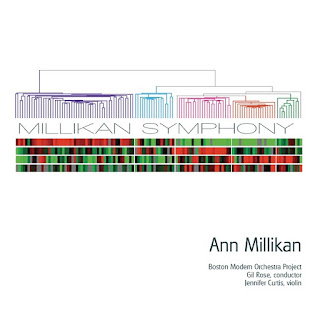 Ann and Bob Millikan were siblings who grew up in California. Both had musical ambitions, and they made copious notes of their musical ideas, including a grand magnum opus they would call Millikan's Symphony. Flash forward decades later, and Ann is a respected composer of both chamber and orchestral music. Bob became an epidemiologist and vet, an amateur violinist and rowing enthusiast. Bob passed away at the age of 55, and Ann decided to bring thee project to fruition.


Each of the four movements of the piece reflect Bob's interests:

The music is expressive, using the full range of the orchestra and a variety of tonal textures. Science, the first movement, portrays the genetic battle that goes on within a cancer tumor. It doesn't sound like inspiration for music, but the results are compelling and dramatic. 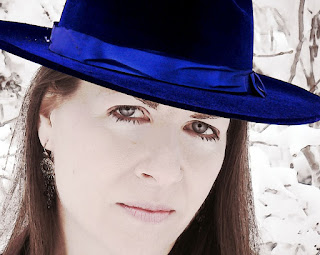 Animals is a pastoral, peaceful movement that reflects on the years he spent caring for his furry patients as a veterinarian - all hushed strings and flute in a graceful cadence. Rowing begins with a countdown and then builds to the excitement and rhythmic intensity of the rowing races he was so fond of. In fact, the Millikan Cup race was founded in his name as the faculty advisor to the University of North Carolina-Chapel Hill Crew. The final track is, not surprisingly, dominated by strings in a slower and more reflective finish to the symphony.

You don't need to know any of that background to enjoy the sweeping musical vision of the composer, rich in textures and emotional expression.