Hersch has earned a total of twelve Grammy nominations since 1993 in the categories of Best Jazz Instrumental Performance, Best Instrumental Composition and Best Improvised Jazz Solo. Nine of his nominations have come since his recovery from a 2-month coma in 2008.

A select member of jazz’s piano pantheon, Fred Hersch is a pervasively influential creative force who has shaped the music’s course over more than three decades as an improviser, composer, educator, bandleader, collaborator and recording artist. A twelve-time Grammy Award nominee, he continues to earn jazz’s most prestigious awards, including recent distinctions as a 2016 Doris Duke Artist, 2016 Jazz Pianist of the Year from the Jazz Journalists Association and the 2017 Prix in Honorem Jazz for the entirety of his career from l'Académie Charles Cros in France.

Hersch has long defined jazz’s creative edge in a wide variety of settings, from his breathtaking solo recitals and exploratory duos to his extraordinary trios and innovative chamber settings. With some three dozen albums to his credit as a leader or co-leader, he consistently wins an international array of awards and lavish critical praise for his albums. The 2015 Palmetto album Fred Hersch SOLO , his tenth solo disc won the French Grand Prix de Disque de L’Académie de Jazz. His 2016 release, Sunday Night at the Vanguard (Palmetto), is a definitive statement by his long-running trio with bassist John Hébert and drummer Eric McPherson; it earned Hersch two Grammy nominations. His eleventh solo CD Open Book also earned two Grammy nominations as well as the 2017 Coup de cœur jazz from l'Académie Charles Cros. 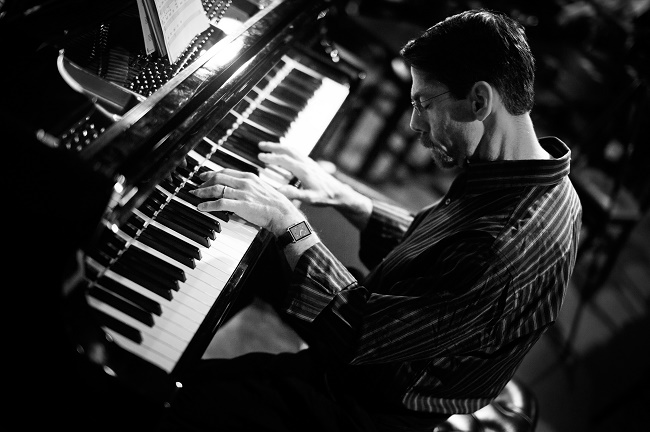 The feature documentary The Ballad of Fred Hersch premiered at the prestigious Full Frame Film Festival in March 2016 to a sold-out house and rave reviews and is now streaming on Vimeo. His autobiography Good Things Happen Slowly (Crown Books/Random House), was named one of the Five Best Memoirs of 2017 by The Washington Post.http://fredhersch.com/books/good-things-happen-slowly/ https://fredherschfilm.com/