The Bentway Skate Trail, the first section of The Bentway to be developed, will officially open to the public on Saturday, January 6, 2018 at 11am with special events all weekend including the Mayor’s Skate Party on Sunday, January 7 from 1-4pm with Mayor Tory and members of Toronto City Council.

The ladies take over the airwaves on January 19 for The Future is Female with DJ Lucie Tic and JAYEMKAYEN (Josephine Cruz) spinning an eclectic, forward-thinking mix of hip hop, R&B, rap/trap, grime, UK garage pop, indie and dance.

On January 26 The Bentway pays homage to the decade that gave the world Back to the Future, Ghostbusters, and The Breakfast Club, with Back to the 80s and UforChange alumni DJ Charlie (Raheem White) and DJ Money Jane (Michelle Lima) mixing and blending hip hop, R&B, funk, soul, electronic, and much more.

On February 2 Last Planet presents a line-up of world renowned artists guaranteed to pack the Skate Trail and create the most memorable dance floor experience on ice.

Escape the deep freeze and teleport to the Caribbean on February 9 for a mix of reggae, dancehall and soca sounds curated with tracks so hot by UforChange alumni DJ Money Jane and DJORK the sun will have no choice but to shine, Welcome to Jamrock.

Get Jiggy Wit It promises a night of throwbacks from the 90s and early 2000s with sounds from UforChange alumni DJ Charlie and didicious on February 23. 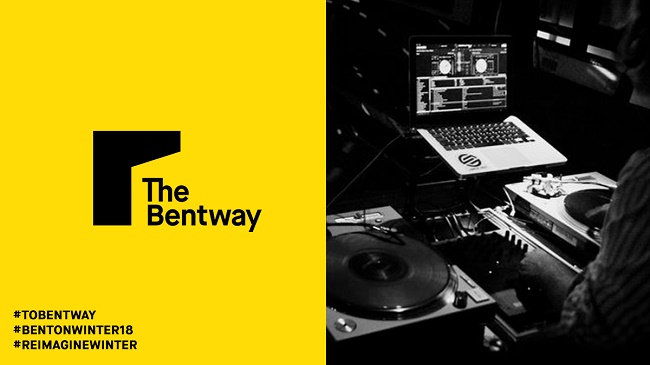 On a bi-weekly basis, prior to BEATS AND BENTS, UforChange and the Toronto Ice Skate Group will join forces to offer Turn it Out – a series of interactive drop-in DJ and ice breaking workshops at The Bentway. Through the workshops, community members can learn about the foundations of DJing and how to breakdance on ice. The workshop series begins on Friday, January 12, 2018 with Toronto Ice Skate Group ice breaking workshops from 6pm-7:30pm, and UforChange DJ workshops from 6:30pm-7:30pm. After the workshops, UforChange DJs will continue to animate The Bentway’s skate trail taking over the turntables for the weekly BEATS AND BENTS Friday Night Skate Parties.

• Updates and more information will be available at thebentway.ca.

The inaugural Winter Season at The Bentway will run from January 6 – mid-March, 2018 (weather permitting) with ongoing winter programming including free Monday night skate rentals provided by Billy Bishop Toronto City Airport, skate instruction, public art exhibitions, and more. A temporary skating village will be installed at The Bentway and will house the skate rental shop, warming stations and a variety of seating options. A curated food truck program will serve hot food, warm and cold drinks, and decadent desserts. On Friday-Monday evenings, skaters are invited to warm up in the Strongbow Lounge. For more information please visit TheBentway.ca/skate-trail-opening.

The Bentway’s 2018 Winter Season is supported by the City of Toronto, the Ontario Cultural Attractions Fund (an agency of the Ministry of Tourism, Culture, and Sport), Billy Bishop Toronto City Airport, Strongbow, and Toronto Friends of the Visual Arts.

Special thanks to 102.1 the Edge, the Ontario Tire Stewardship, Giant Containers, Style Garage.

The Bentway is a unique and innovative public space that transforms 1.75km underneath Toronto’s Gardiner Expressway into a new gathering place for our city’s growing population.