Jazz/Rock/Avant-Garde - Name Your Price for Cuneiform Records: The Albums of 2017 Sampler


• Name Your Price for this Sampler of Cutting Edge Music 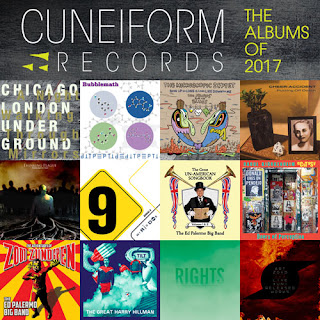 This special "Name Your Price" compilation album features an hour of creative and fun music over the course of 12 tracks all of which was released by Cuneiform Records in 2017.

We invite you to listen to Cuneiform Records: The Albums of 2017 and explore the wide spectrum of music we recently released over the year. Each track by each artist is unique; we invite you to sample all. And then, if you've not already done so, we encourage you to listen the full albums by the artists who most appeal to you.

1. Schnellertollermeier - Rights (Part I) (6:11) [from Rights]
Clarity. Attitude. Skill. These really aren’t qualities that define our present time. All too often, our ephemeral reality finds itself reflected in a jittery retro-music that sucks its data from the Cloud – that atomised archive accessible to all. Schnellertollermeier’s fourth album is their reply to all this: Rights, and it offers ample demonstration of their own clarity and ability. 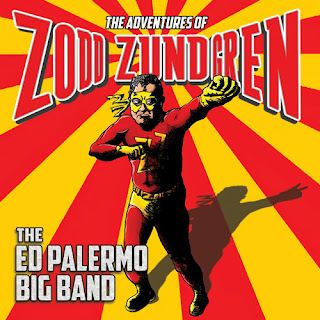 6. Raoul Bjorkenheim / eCsTaSy - Ecstasy Dance (4:50) [from Doors of Perception]
Finnish-American guitarist Raoul Björkenheim and Ecstasy take a trip into the unknown with Doors of Perception, a session of kaleidoscopically inventive improvisation. The album captures an extraordinary working ensemble stretching into transfixing new spaces, settings defined as much by texture, vibe and sinuous melodic lines as by rhythmic and harmonic structures. 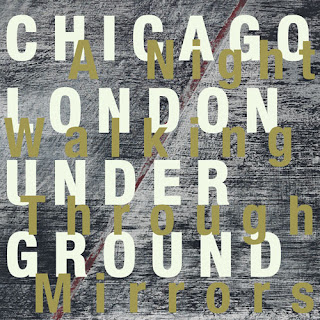 7. Miriodor - Venin (4:33) [from Signal 9]
"Metaphorically, we could say that Miriodor is a planet, with aliens communicating in their mysterious ways with planet Earth," says Miriodor's keyboardist, Pascal Globensky. In that sense, the long-lived Montreal band's ninth album, entitled Signal 9, could simply be considered the ninth set of musical messages from that exotic heavenly body.

9. Thinking Plague - The Echoes of Their Cries (6:37) [from Hoping Against Hope]
Thinking Plague is a storied band, whose thirty-five year history has seen it cleave consistently to the extreme limits of what is possible to do within rock music–influenced by folk, chamber music, and particularly, the avant-garde tradition of twentieth-century classical music.

10. The Ed Palermo Big Band - The Low Spark of High Heeled Boys (Traffic) (5:29) [from The Great Un​-​American Songbook: Volumes I & II]
Crazy times call for outrageous music, and few jazz ensembles are better prepared to meet the surreality of this reality-TV-era than the antic and epically creative Ed Palermo Big Band. The New Jersey saxophonist, composer and arranger is best known for his celebrated performances interpreting the ingenious compositions of Frank Zappa. 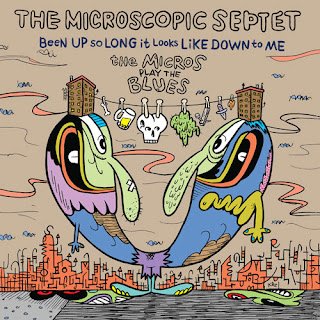 12. The Microscopic Septet - Don’t Mind If I Do (4:04) [from Been Up So Long It Looks Like Down to Me: The Micros Play the Blues]
What happens when you put the blues under a microscope? When the lens is wielded by the incisive deconstructivists of the Microscopic Septet, the musical odyssey traverses territory that’s disarmingly strange, pleasingly familiar and consistently revelatory.

2017 has been a good year for professional recognition. Cuneiform received its first "Album of the Year Award" from the DownBeat International Critics' Poll, which named Wadada Leo Smith's America's National Parks the 2017 "Jazz Album of the Year". Our DownBeat award plaque hangs proudly on Steve's office wall. Several of our artists won prominent 2017 awards, including Wadada Leo Smith, named Jazz Journalist Association's 2017 "Musician of the Year" and 2017 "Jazz Artist of the Year" & "Trumpeter of the Year" in the DownBeat International Critic's Poll; and Mary Halvorson (in Cuneiform's Thumbscrew trio with Michael Formanek and Tomas Fujiwara) named 2017 "Rising Star Jazz Artist" and "Guitarist of the Year" in the Downbeat Critics' Poll. A number of Cuneiform artists, including Smith and Ed Palermo (of the Ed Palermo Big Band), have appeared in prominent magazine features.