NEW YORK - The Freehand New York hotel opened earlier this month in the Flatiron District, and it's already garnering a lot of buzz in this city that is already so rich in hotels, restos, and hype. 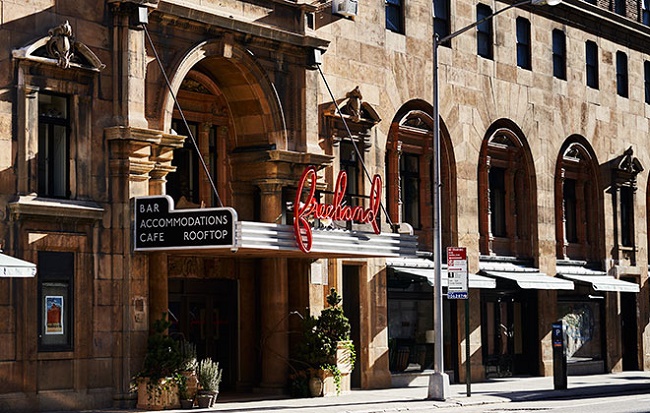 The Freehand New York takes over the former George Washington Hotel in the Flatiron District. The 180,000 square foot property was designed by architect IBI Group + Gruzen Samton with interiors by Roman & William Buildings and Interiors. There are 394 rooms, meeting spaces, and a growing number of restaurant and bar options. A few are already open, with others in the works. The idea is to give patrons a reason to eat, drink, and relax with choices from casual cafes to contemporary American cuisine.

The hotel is owned by the Sydell Group, which also owns the more upscale NoMad Hotel group, among others. Freehold is positioned as the more casual (and affordable) alternative. Like the other Freehand properties, it combines a hotel and hostel, with room options that include king and queen bedrooms, suites, bunk rooms equipped with two bunkbeds, and a unique room configuration that sleeps three. Furnishings are comfortable and modern. 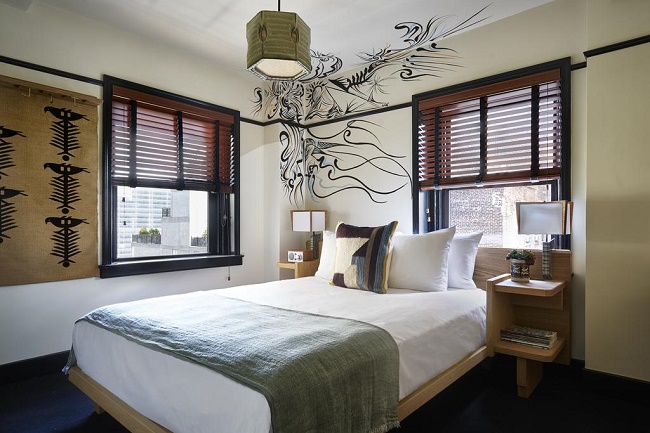 The 90-year old structure still holds some of its original architectural features. The old George Washington Hotel was once the haunt of many of New York City's storied writers, musicians, and artists, and the new management wants to continue the tradition. Freehand New York will also launch The Freehand Fellowship in partnership with Live Arts Bard, Bard College’s artist residency and commissioning program, and the Bard MFA program. Through this program selected artists will have the opportunity to live, work and exhibit at the hotel. 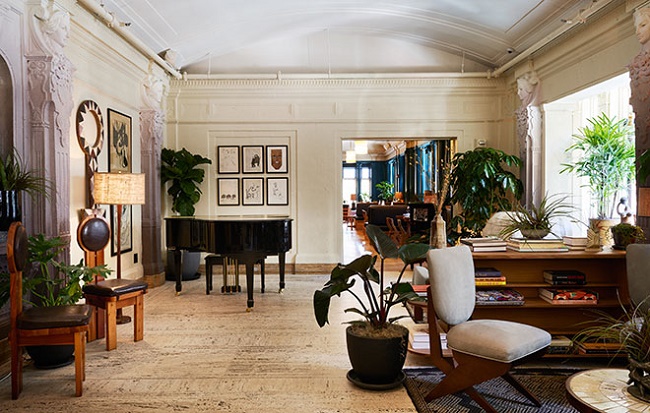 Restauranteur Gabriel Stulman -- of Gabriel Stulman’s Happy Cooking Hospitality -- has made his mark largely in the West Village with restos like Joseph Leonard and Bar Sardine. He's bringing his cred to the Flatiron district to collaborate on three distinct restaurants within the Freehand New York.

Studio
The second floor Studio is drenched in sun by day and lit by the streets at night. In the morning, Baker Zoe Kazan presents fresh baked sweet and savory pastries and other breakfast fare, including freshly baked Chocolate Challah Babka or Barbari Bread served with Smoked Salmon & Capers. The full menu at Studio, served for lunch and dinner, draws from Gabriel's heritage as a Moroccan Sephardic Jew, with many flavours of North Africa, such as Croquettes with Green Lentils and Harissa Aioli, Turkish Dumplings, Beet Crepe with Fennel, Mint & Sunflower Seeds along with classic American style dishes. 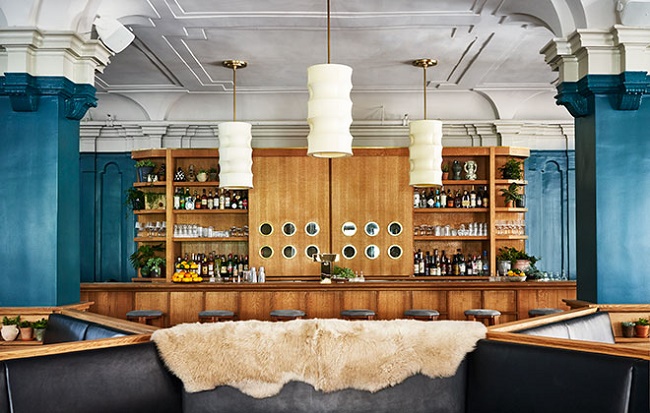 George Washington Bar
The first President and founding father is the centerpiece of this eponymous bar, set in the hotel’s former library room. The original mahogany millwork and fireplace have been restored, with upholstered vintage furniture punctuating the atmospheric space. It’s a warm and inviting place to enjoy a sophisticated cocktail. A tightly-edited food menu runs high-low, featuring small bites for every taste ranging from deviled eggs to Osetra Caviar with latkes. 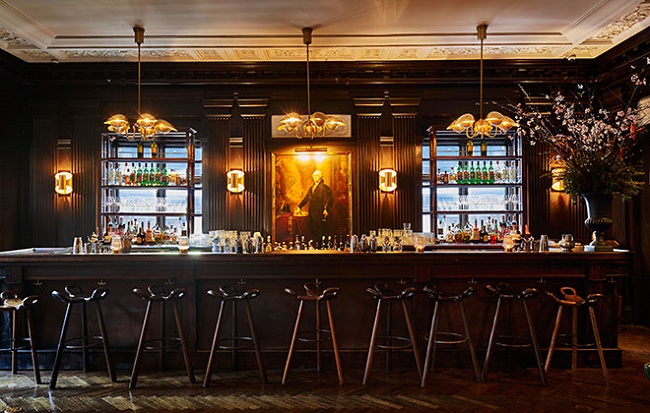 Simon & The Whale - opening soon
Simon & The Whale, the hotel's stand alone restaurant, is set to open in early February. Its menu of new American cuisine has been described as both elegant and rustic, drawing inspiration from both coasts. Chef Matt Griffin promises creative choices, leaning towards tartares and crudos. The 80-seat resto will include outdoor seating in the summer.

Along with the Stulman creations, the hotel will offer two more dining/bar options, set to open soon.

Smile To Go
For guests on the go, Matt Kliegman, Carlos Quirarte & Melia Marden will open a takeout outpost of their popular Noho café, The Smile. 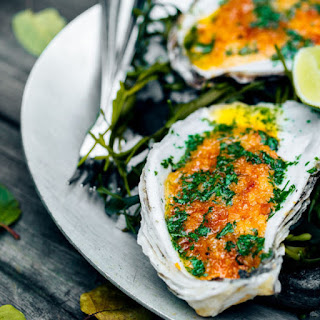 Smile To Go is Matt Kliegman and Carlos Quirarte’s off-shoot of their popular downtown café, The Smile. Chef/partner Melia Marden serves healthy and tasty Mediterranean-inspired fare focusing on daily rotating seasonal ingredients inspired by her youth spent between Greece and Greenwich Village. The dishes, pastries, and coffee options are perfect for a bite at a table or on-the-go.

A rooftop paradise with sweeping views of the city, Broken Shaker offers an eclectic menu of handcrafted cocktails and small bites. A James Beard Award finalist and winner of Tales of the Cocktail’s Best American Hotel Bar, our skilled bartenders shake up the perfect blend of elixirs, syrups and infusions, paired with fragrant herbs, fresh-pressed juices and exotic ingredients from around the world.