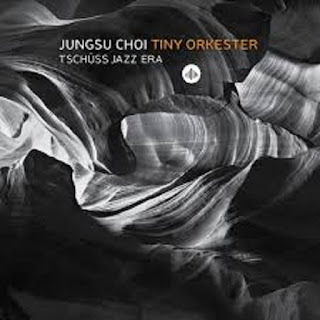 Take classic modern jazz, rev up the energy, add layers of complex rhythms and contrapuntal melody and bass lines, plus virtuosic musicianship and a dash of the avant garde, and you begin to get an idea of what South Korea's Jungsu Choi has to offer. Now, turn the music and arrangements inside out, and the fun really begins.

The 12-piece ensemble never lets up the kinetic energy on this exciting collection of tunes. Stolen Yellow is a blitz of hyperactive percussion, an insane walking bass line, and a sax player who, apparently, rarely needs to breathe.

Charlie Parker's Anthropology gets the Jungsu Choi treatment as a brisk, melodic track lit up by the play between flute and saxophone in an extended improv riff that goes all over the map. Choi is an inventive composer and arranger. What If Ellington Didn't Take The A Train? adds spacey electronic sounds and an avant garde edge to the Orkester's bag of musical tricks. After a tumultuous opening, it breaks into a trombone led section of old Harlem style swing intercut with bursts of hyper modern jazz.

Underneath the crazy playing skills, you get the feel that they're really having fun with the music. In a media release, Jungsu Choi says,

"From start to finish, writing music is a process of making one choice after another. Such choices may come from something inherent; mine were inside me for a long time, put there by something I saw, heard or read, which could even be someone's music, words, or life. This music has been affected, inspired and motivated by the following, and may be considered a homage to... 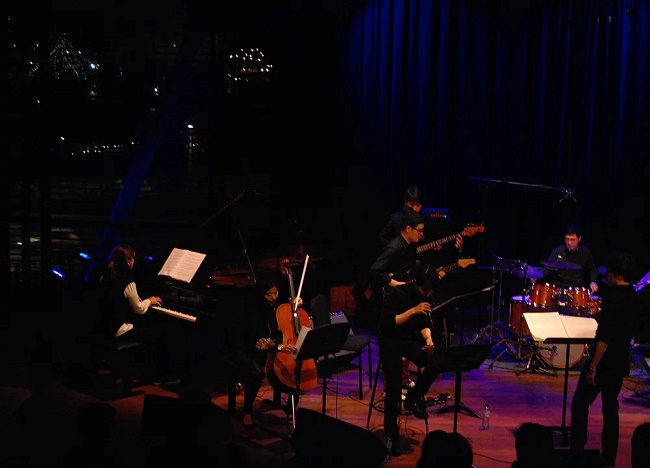 Jungsu Choi studied and worked in Europe for a decade, including film music, electro-acoustic music, and jazz composition at the Vienna Conservatory and Kingston University London. He's arranged and written music for dance and theatre as well wel other bands and orchestras. This is his second release.