Moody and dramatic, you don't have to read the liner notes to guess that American composer Jesse Jones, winner of both the Guggenheim and Rome Prizes, is influenced by literary works, among other things. There is a vivid emotional depth to the music that reaches directly for the listener's nerve endings. 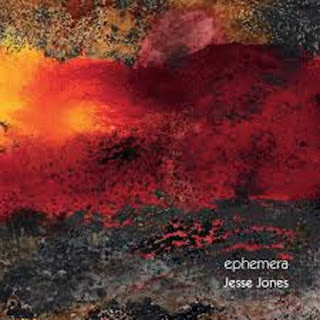 The first track, Abraxas, was inspired by Herman Hesse's novel Demian; in particular, the eternal struggles of birth and the search for the spiritual in the persona of the pagan god, Abraxas. Based on a 24-note quarter-tone row, the music is shimmering and expressive.

Ephemera, the title track, is the composer's meditation on the brief nature of life - like our experience of music itself, as he explains in the liner notes. It sounds in the moment, and then becomes only a memory. Commissioned by pianist Xak Bjerken, who also performed its premiere at Cornell University, the piano eloquently illustrates the heartbreaking beauty of its transient existence.

Harmonies poétiques et religieuses is the longest track, one that uses a spoken text by Alphonse de Lamartine to examine the spirituality of prayer. The words are spoken against a dissonant whirl of strings and a wavering soprano that embodies the vacillating nature of religious devotion.

Unisono, the fourth track, breaks from the largely serious tone of the other pieces with a playful piece Jones claims he wrote, "expressly to show off the musicians involved." It's bouncy and fun, anchored by the interplay between piano, clarinet, and violin pizzicato.

He looks to Edgar Allan Poe for inspiration for the last track, The Mystery Which Binds Me Still. It is based on the poem Alone, and the words hold personal meaning for Jones. With its melancholic mood, as with much of Poe's writing, the words sung by soprano Sharon Harms are perfectly complemented by anxious, moody guitar lines.

Jones has fleshed out his compositions with an international roster of collaborators that includes soprano Sharon Harms, pianist Xak Bjerken, guitarist Kenneth Meyer, the Argento Chamber Ensemble, and from Germany, ensemble recherche.

It's an impressive debut album of deeply affecting music.