Travel Germany 2018 #EnjoyGermanFood: a culinary voyage of discovery through Germany

Travel Germany 2018
#EnjoyGermanFood: a culinary voyage of discovery through Germany


With everything from traditional Bier und Wurst, Schnitzel, and more, to fine dining at the country's more than 290 Michelin-starred restaurants, Germany is emphasizing the culinary in this year's tourism campaign. 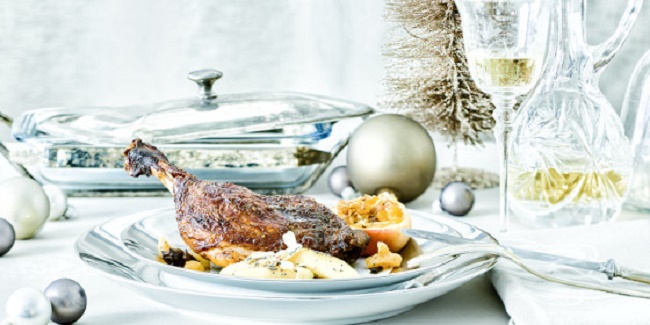 Along with cuisine, for centuries, Germans have also appreciated good wines. The country is home to about 80,000 producers who are currently cultivating vines on approximately 102,000 hectares of land, including some international award-winning varieties. Germany currently has no fewer than 13 wine regions. For the last few years, many very creative young people have joined forces with longstanding wine producers to offer tours and events in picturesque settings.

• Check them out at the link

Almost nothing else says more about a country and its people than the national cuisine and associated traditions. Food and drink are a means of immersing yourself in the lifestyle of a region and enjoying unforgettable experiences. Food is, quite simply, an integral part of national culture – and Germany has lots to offer in this respect.

Germany is famous for its traditional recipes that have been lovingly preserved and handed down from generation to generation. At the same time, many influences from all over the world are also apparent in German cuisine. And this is precisely what makes our food culture an exciting blend of tradition and innovation that is as diverse as our scenery: from 'Pannfisch' fried fish in the North to green sauce and 'Bratwurst' sausages in Central Germany to dumplings, 'Maultaschen' pasta pockets and 'Eisbein' ham hock in the South – German cuisine has a delicious speciality to suit every palate.
SCHLESWIG-HOLSTEIN
Germany's northernmost state, with its capital at Kiel. Lübeck, with its Gothic-style cathedral, and 14th century Marienkirche, is one of the larger cities in the region, along with Flensburg. It lies between the North and Baltic Seas, a flat land to the west, with cliffs and fjords to the east.

You'll find German and Scandinavian elements in its culture and cuisine. Here's a recipe from the region to give you a taste of what to expect. 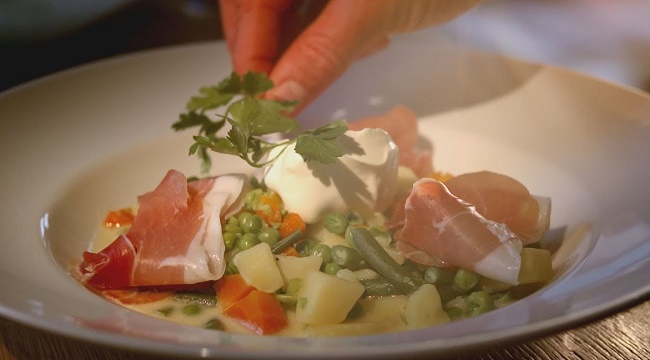 Wine recommendation
A Sauvignon Blanc with a dazzling bouquet of herbs, grass, gooseberry and green pepper is the perfect accompaniment.