Classical Piano
Emanuele Arciuli: Walk in Beauty
A spiritual hike through the Southwest and Native cultures

• Check out the CD

Italian pianist Emanuele Arciuli fell in love with the American Southwest. This was no mere infatuation; Emmanuele began to collect art pieces and searched for music from the area. Walk in Beauty is the result of the musical end of that search, including fourteen compositions. 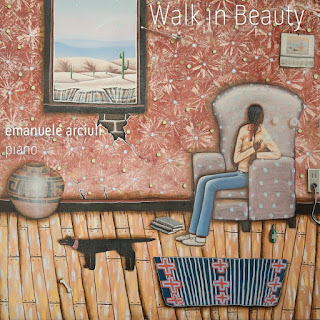 Emmanuele's selections include works by indigenous or First Natins composers, and others who have done their homework and put research of the area into their pieces. The Native American composers include Connor Chee’s fantasy on a Navajo theme, Raven Chacon’s experiments with noise and feedback from the piano mechanism, Brent Michael Davids’ jazz miniature, and ballet transcriptions by the late Dr. Louis Ballard, a composer of Cherokee and Quapaw descent.

As intended, the music serves to evoke the land and its people. Chee's Navajo Vocable for Piano No. 9 is hauntingly expressive, bringing the vast sense of the landscape and sky to mind. Arciuli is a virtuosic interpreter, wringing emotion from even the simplest of passages.

Peter Garland's Walk in Beauty is the centrepiece of the first disc, a piece in three movements that explore diverse impressions of the Southwest from lightning to peyote rituals.

American composer John Luther Adams, whose work is often inspired by the weather and natural phenomenon, contributes Tukiliit, a dramatic work of emphatic notes and open spaces. In Inuktitut, Tukiliit means, “that which has meaning,” and is specifically used to mean stone objects that have meaning, such as the popularized Inukshuk.

Raven Chacon's Nilchi' Shada'ji Nalaghali (Winds That Turn on the Side from Sun) is intriguingly both electronic and expressive, a dramatic and emotional work.

The program is rounded out with complementary works by Jennifer Higdon, Carl Ruggles, Peter Gilbert, and Sufi convert (and former student of Feldman and Ornette Coleman) Talib Rasul Hakim. 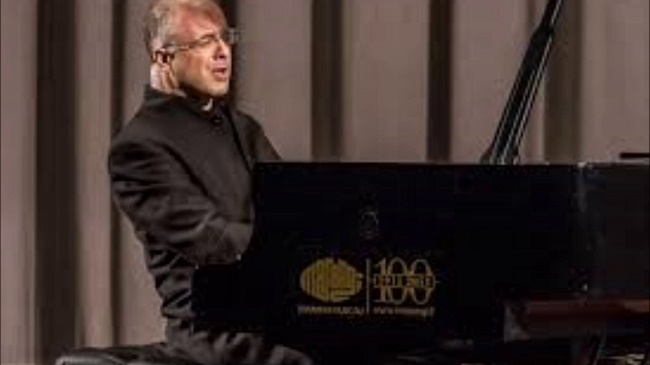 Emanuele Arciuli has established himself as one of the most original and interesting performers on today’s classical music scene. His repertoire ranges from Bach to contemporary music, with a strong affinity for composers from the United States. Having gained the respect of distinguished composers such as Helmut Lachenmann, Frederic Rzewski, John Adams, and George Crumb, Arciuli has had many new works written for him, including piano concertos by Michael Nyman and Louis W. Ballard, whose Indiana Concerto he premiered in 2008 with the Indianapolis Symphony Orchestra. He lives and teaches in Bari, Italy.

Contemporary piano technique and composition meet the timeless themes of the American Southwest and its native people with gorgeous results in this intriguing release.