• Get Tickets to the Show

"It's a contemporary dance take on popular music." Toronto dancer Luke Garwood's talking about his upcoming appearance in Citadel + Compagnie's remount of Elvis and The Man In Black in May. The works inspired by the icons of American music were sold out in their 2014 and 2015 runs.
All images by John Lauener, courtesy of Citadel + Cie, featuring dancers Michael Caldwell, Zhenya Cerneacov, Luke Garwood, Tyler Gledhill, Daniel McArthur, Andrew McCormack, Connor Mitton, Erin Poole, Christianne Ullmark.

Both works take a look at pop culture icons in perhaps surprising ways. Looking For Elvis focuses on the young singer and uses interviews and casual moments of speech to reveal a different side to the legendary figure. The choreography by Laurence Lemieux explores the dichotomy of the public performer vs the pressures on the real person inside the celebrity bubble. It seems like a particularly apt subject for exploration today.

Choreographed by James Kudelka, The Man In Black uses music from one of Johnny Cash's later albums where he covers the work of other songwriters. It's an interesting backdrop to an exploration of a complicated cultural figure who was sombre, yet accessible. 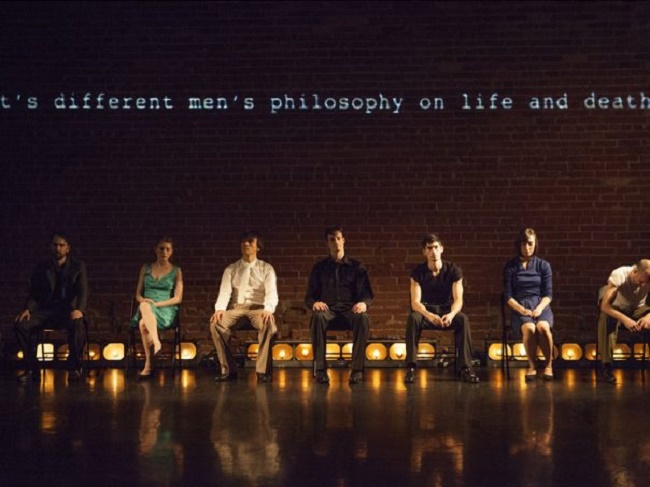 Luke performed in the earlier versions of Looking For Elvis, and he's been a mainstay of the Toronto dance community for years. It's a community he approaches from two avenues - the traditional mode of dance, and the world of digital electronics.

"About four years ago," he explains, "I went back to university." That meant entering the Digital Futures program at OCAD (Ontario College of Art & Design). His focus was - and is - in delving into the multiple ways in which to explore digital media, the body, and movement.

The addition of technology hasn't so much produced a new different career path as adding new dimensions to his work in dance. "I"ve always seen it as, there's a conversation that's happening, and I want to be part of it."

The two disciplines are really just two different routes available for study. As an extension of artistic exploration, Luke's digital adventures led him to augmented reality. "I'm using that technology as a medium of performance," he explains.

He uses it something like how Pokemon GO works, where augmented reality can place objects in a room, and also be anchored to specific concrete objects within a space. Luke's choreography interacts with the augmented reality, bringing the technology back into the body. At times, he's used mobile phones or tablets that make augmented reality portable. 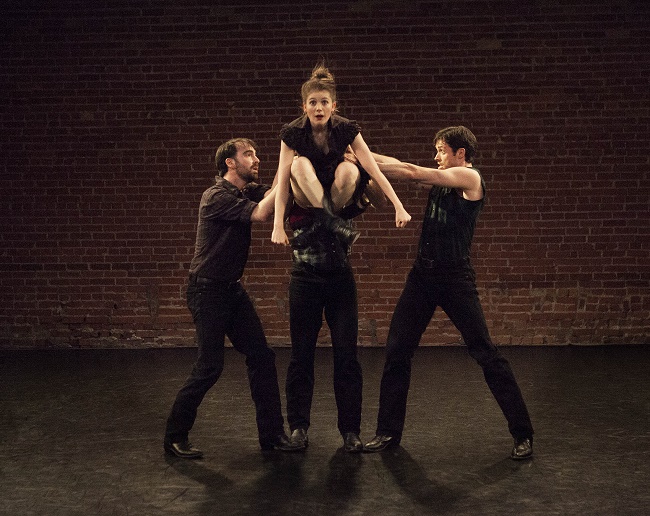 Luke's other projects involving technology and dance include an installation that was part of the dance made in canada / fait au canada Festival. It involved the Exquisite Consequence Game, where the technology captures a dancer's last move. The next dancer coming to the installation then matches the last move, and adds to it their own 20 second sequence, leaving a new last pose for the next dancer to build on.
Familiar to Toronto dance fans, Luke Garwood has performed professionally with such companies as: Banff Festival Ballet, Toronto Dance Theatre, ProArteDanza, Typecast Dance Company, Signal Theatre and Coleman Lemieux and Company. Independently, Mr. Garwood works in Toronto and Berlin and has collaborated with choreographers such as Valerie Calam, D.A. Hoskins, Allison Cummings, Susie Burpee, Jacob Niedzwiecki, Brendan Jensen, Heidi Strauss and Christoph Winkler.