Black Cop is a film by Halifax filmmaker Cory Bowles, probably best known as an actor for his portrayal of Cory on Trailer Park Boys. The movie asks, at its most basic level, how does the individual navigate against the stream? Or, better put, can he? And at what cost? 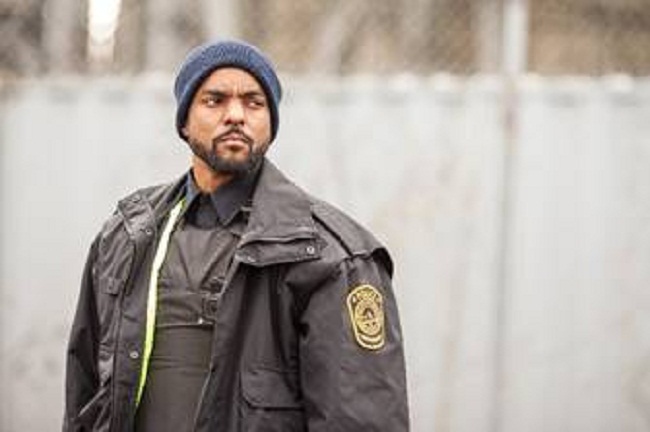 As the movie begins, we see the Black Cop in a typical cop persona, his face impassive behind dark sunglasses. But, this is no ordinary parade or street event. It's a Black Lives Matter protest. "Are you kidding me?" a protester yells in his face. He smiles, still in cop mode, and narrates, "I could give you 20 reasons why I wanted to be a cop..."

The Black Cop (no one has names in the movie,) juggles his Blackness with the role of a cop that he clearly relishes. He recalls his father warning him about dealing with the police, and his reaction. "But who wouldn't want that power?" he asks.

But, as a Black Cop, he embodies all of our society's contradictions and tensions about race. His smug cop persona begins to crack as the risinig tensions on the street, and his own treatment as a Black man, bring the conflict to a boiling point. One minute, he's a swaggering cop, the next, a brooding, combustible, and deeply divided man. What happens when he snaps, and unleashes his Black, uniformed self on white suburbia? 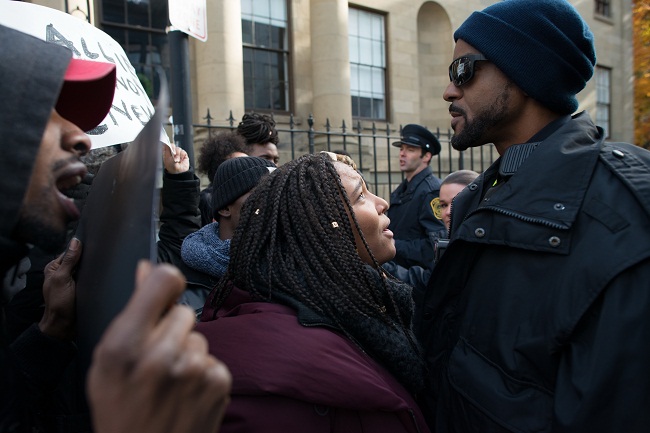 The film unfolds in a not necessarily linear plot. There are sequences where we follow his endless journeys through town in his police car, the interactions with the public and other cops in intimate closeup range, with an unvarnished look. When people are being brutalized, we feel the fear and intensity of the experience close to home. There are spoken word episodes, and a radio DJ's voice provides an outside perspective.

It's a moody piece that looks to get to the heart of what it means to be a Black man today, and the movie rests on the performance of Ronnie Rowe Jr. in the title role. He does a fine job of fleshing out the Black Cop with a bulky physicality and a face that can say volumes with subtle facial expressions that hint at growing tensions and the half-buried violence born of rage.

The soundtrack veers from throbbing hip hop to disjointed avant garde jazz, mirroring the tensions unfolding on the screen.
Black Cop brings the talking points of social media to the lens of individual experience, and it's a powerful tool for getting that message across. And, as in real life, there are no easy answers.

Initially released in 2017, the movie has won several awards on the international film festival circuit, including the Vancouver International Film Festival and Denton Black Film Festival, and has been picked up by Samuel Goldwyn Films with a US release in the works.