Montreal choreographer Sasha Ivanochko is in Toronto for the performance of two of her works for solo dancers. Both pieces in the upcoming performance are centered around the female form and what it means to inhabit it, a timely theme is the #MeToo era. It's especially apt in the world of dance, where the female form is placed front and centre but in an idealized form.

"I've worked with what I'd call female archetypes before." She cites her portrayal of a torch singer in The future memory heartbreak junction, diptych. That work premiered at The Enwave Theatre Toronto in October, 2010. She delved further into the relationship between those female archetypes and men in Speak, Love, a piece that premiered in 2013. "But, then I thought I was all done with that," she says.

In coming up with new ideas to work on for graduate school, she hit on taking that line of inquiry into a different direction by removing the male view altogether.

Notions of the female body and identity development fueled her curiosity from an early age. "Even before dance, it's been connected to my art practice. I did a lot of reading." French feminists were among her earliest inspiration.

In both the new works, a solo female dancer represents female experience. "The stereotypes are explored through the body of the dancer." In Mirrors Staging the Seeing Place,  independent dance artist Kristy Kennedy confronts her own image, using the studio mirrors to reflect and augment her movements. Just as today's pop culture icons are self-referential, the work asks audiences to question what they see. The work is getting its East Coast premiere in Toronto.

Modern Woman in Search of Soul features performer Alana Elmer, who will use her own physicality to embody female stereotypes as viewed through various media. The performance will be live streamed, and it incorporates an audience mobilization element. "It's a really expensive project because of the audience interactive part," Sasha explains. While the piece has had some preliminary stagings, but will receive its World Premiere in Toronto. 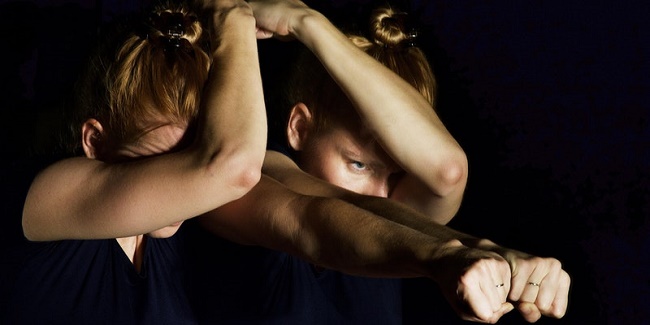 "Both pieces focus on the visual aspect - how we see women. Modern Woman goes beyond to further investigate how we talk about women."

She's animated when talking about the two dancers who will be performing the works, citing their generosity as artists. "They're very exposed," she notes. "I'm very grateful."

Sasha originally trained as a gymnast and competed on the Canadian National Team for a decade before making the switch to dance and choreography in the mid-1990s. She'll soon be taking up the mantle of Artistic Director at the Dancer's Studio West in Calgary in August 2018.