Indian metal - why haven't I heard about his before? Bloodywood, a band out of New Delhi, India, recently released a video for their new track Ari Ari (Indian Street Metal) - featuring Raoul Kerr. From their own description: 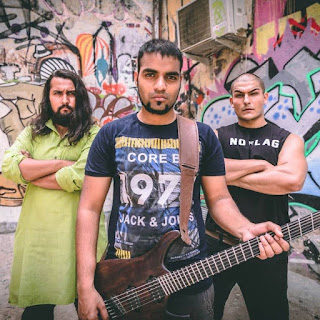 Indian metal band Bloodywood remakes a classic Indian folk song into a gut wrenching Metal song that redefines Unity, diversity and what humans are forgetting to practice these days!

Bloodywood is Karan Katiyar on guitars, production, and programming, with Jayant Bhadula on vocals, along with some help on this track. They're not big on PR blurbs, but apparently began as a metal parody project, "destrying pop songs as a full-time job". You can see the results of that on Bandcamp.

Their sound gives heavy metal a distinctly Desi flavour, blending traditions with global musical modes and a message about fighting for peace that's particularly apt in the world today.


Here are their links:

And here's the video: