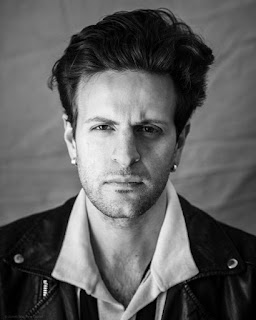 The acoustic guitar jingles, clangs; the strings sing, squeak, shriek, and shimmer in this imaginative release that takes the instrument well beyond its usual borders.

It sounds like something that could easily degenerate into a self indulgent and/or purely intellectual exercise, but that's far from the case. Italian-American guitarist and composer Matteo Liberatore creates compelling soundscapes with the instrument you thought you knew.

Agnes, the first track, trembles with a sense of urgency and motion, like a thousand sonic raindrops in a shower of sound that ebbs and flows. It's a fanciful description, but about as accurate as you'll get in words. Liberatore mines his instrument for a range of unexpected sounds in avant garde structures that somehow retain a sense of familiarity and flow. In Untitled #9, the effect is minimalist, rising and falling in tension to an urgent rhythm.

In Chimera, the sounds emanate from the strings, as if they were unravelling. Gradually, a background rhythm emerges, and the high harmonics decorate from above. It's a bit eery and very atmospheric. Liberatore plays the guitar more conventionally on Coral in a dizzying, whirling pulse, while Causeway is something like a roots/blues song that's wandered off the beaten path. Ubiquitous is a mouse running up and down the strings - or it sounds like it.

To get the unusual sounds, Matteo uses various instruments and object like metal springs, alligator clips, a bass bow, and a kick drum beater. Hopefully the guitar(s) made it out alive after the experience.

Matteo credits his upbringing in Abruzzo, Italy, for what he calls the darkness of his sound, and as the son of an architect, he developed an appreciation for contemporary art and structure. He now makes his home in Brooklyn, New York, where he draws inspiration from the juxtaposition of the city's thriving arts sector and its capitalist roots.

Matteo’s other projects include his experimental electronic band, Una Lux, described by Entertainment Weekly as “Caravaggio Meets Portishead”. This is his first solo acoustic guitar adventure.