Hailed by Time Out New York for “tearing down boundaries between old and new jazz styles, rock, pop, country and more,” Toronto-born, New York-based vocalist Amy Cervini follows up her 2014 Anzic release Jazz Country with the gritty, blues-oriented No One Ever Tells You. Joined by her brilliant longtime cohorts Jesse Lewis (guitar), Michael Cabe (piano), Matt Aronoff (bass), Jared Schonig (drums) and special guest organist Gary Versace (on four cuts), Cervini puts her stamp on songs “that have resonated with me as a mother, as a partner, and as a woman,” she writes in her album notes. “They are songs about love, struggle, and empowerment.” 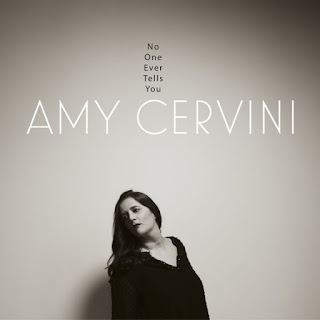 There’s a decisively biting, almost rock-inflected sensibility coursing through No One Ever Tells You. Cervini projects a fine, assertive voice, limber and free in her phrasing, ranging widely in her sources: the group interprets songs by everyone from Lyle Lovett to Rodgers & Hammerstein, playfully yet with a serious expressive intent. The opener, Cervini’s “I Don’t Know” (the sole original), sets the tone with a tale about pulling out of emotional despair, set to a down-home shuffle. Blues-drenched solos by Versace and Lewis drive the message home.

What lured Cervini toward this raw, bluesy sound, in contrast to the heavily acoustic Jazz Country? “One night Jesse started the Blossom Dearie song ‘Bye Bye Country Boy’ with this really brash and distorted intro, and I liked it right away,” she says. “I liked where it took me, I liked where it took the band. Ever since then it’s been brewing.” The studio version here is faithful to that moment, with Versace’s supremely tasteful organ thrown into the mix (a vivid contrast with the tenor sax-heavy version on Cervini’s 2009 Anzic debut Lovefool).

“A Good Man Is Hard to Find,” from the repertoire of the formidable Bessie Smith, finds Cervini and Cabe opening with a restrained rubato verse. The band enters with a barroom 6/8 feel, taking some inspiration from Big Maybelle’s proto-rock-’n-roll version from 1959. “The message, to me, is simple and universal,” Cervini writes in her notes. “When you find your person or your people, hang on tight. Life is short and there is a lot of bad out there.”

“God Will,” from country singer Lyle Lovett’s 1986 debut, takes on another dimension when Cervini flips the gender roles: “I love the humor in this and also the strength,” the singer writes. “Coming from a woman’s perspective makes it even more interesting; the notion that this woman will not forgive so easily after being mistreated is very empowering.” 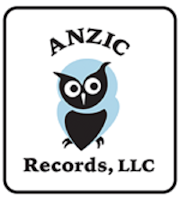 Jesse Lewis, one of the most versatile and compelling guitarists working today, begins “Surrey with the Fringe on Top” and “You Know Who” in an otherworldly atmospheric vein, with hovering sounds and effects. “Organically, our version of [Surrey] got slower and slower,” Cervini recalls. “It’s a dream-like reverie. I can really see the picture being painted by these great lyrics.” “You Know Who,” by pianist Bertha Hope, is of the having-a-talk-with-oneself genre, and for Cervini it’s become an anthem: “A career as an artist, perhaps as a freelancer of any kind, can find you bumping into walls and ceilings. This song is a reminder to focus inward. It’s a song of strength and a reminder to slow down and take a breath.”

When taking on songs associated with Frank Sinatra — the title track, “Please Be Kind” and “One for My Baby” — Cervini takes charge of the material and steers it her own way. Her reference point with “One for My Baby,” performed as a stunning organ-vocal duo with Versace, is the original Fred Astaire dance sequence from the 1943 film The Sky’s the Limit. “The movie version is much faster than most renditions,” she notes, “and the dance that follows is angry yet somehow joyous. I like the idea that one can sometimes feel angry, happy and sad all at the same time.”

Cervini and crew say goodbye with Percy Mayfield’s “Hit the Road Jack.” The band singalong is infectious, and “everyone gets to imagine someone they’d like to tell off,” the singer says. Again, it’s a message of overcoming, an assertion of inner strength gained from learning hard lessons we don’t necessarily expect: “As a mother, I have been struck by how much I didn’t know about the realities of childbirth, motherhood, relationships…basically life,” Cervini writes. “No One Ever Tells You is about heartbreak and loneliness but for me the message is much greater than that. It’s about honesty and truth. Listening to others and not being afraid to be vulnerable and open is a lesson I’ve learned through this journey.”