Based in Harare, Zimbabwe, Kudzai Kazai is a master mbira maker - or the Mbira Maestro. He makes the instruments from scratch, including the sounds boards. He ships customized mbiras, tuned according to the client's specs, all over the world. 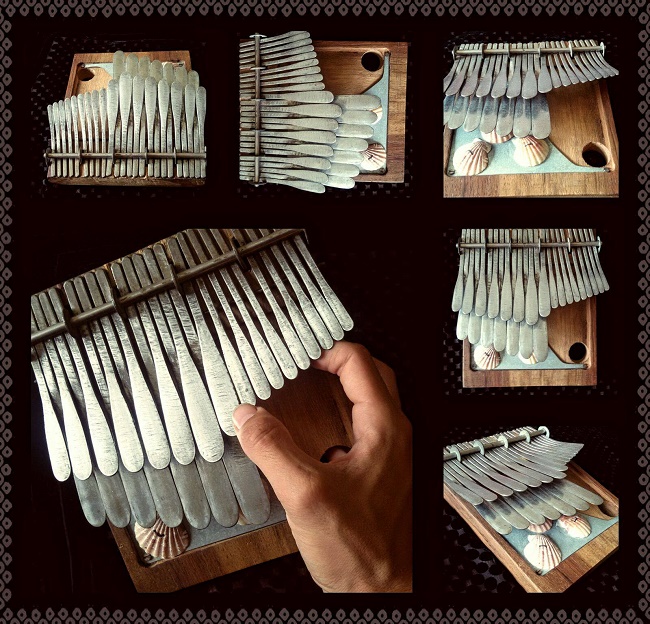 Kudzai Kazai speaks about making and playing mbira in an interview taped at his workshop in Harare, Zimbabwe, in 2015:

The mbira is an ancient instrument consisting of a soundboard made of hardwood with 22 to 28 staggered metal tines or keys that produce the sound. It is played holding it in your hand. It is sometimes called a thumb piano.


The instrument has been an important part of Shona culture in what is now Zimbabwe for a thousand years or so. The instrument is cited in their literature and mbira music is an integral part of their traditional religious practices and ceremonies. Today, it is still in use in Zimbabwe's popular music, and in other regions of Africa in both traditional and contemporary music.

Kudzai Kazai - Shuramurove
Shuramurove is the name of a bird