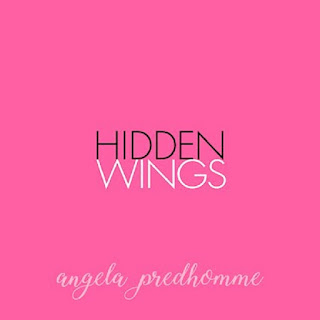 "This is an important song to me because it's about breaking free from the things that keep us from living the life we really want to, and taking that leap of faith. It's about believing in ourselves and finding that courage." - Angela Predhomme

Indie recording artist Angela Predhomme released the single Hidden Wings earlier this summer. It's an uplifting pop song with a soulful heart that Angela both wrote and produced. Stylistically, the song falls somewhere between adult contemporary and jazzy pop. Its strength is Angela's nimble soprano - clear and soft, yet powerful when she needs it. She floats above the compelling rhythm of the song with vocals that sound effortless.

Members of the University of Michigan Men's Glee Club provide the rich harmonies on the song. Hidden Wings was the first single to preview from an upcoming release, Love, expected in fall 2018. Hey Mr. Sunshine, featuring John Patrick Peters, is the bluesy follow up. It's a slow and sexy, and if the blues ever have an upbeat side, this is it.

Predhomme is an accomplished songwriter, and if you watch a lot of reality TV, there's a good chance you've heard the Detroit native's work on shows like Dance Moms, Switched At Birth, Here Comes Honey Boo Boo, and other TV and commercial work.