• Buy The Album
• Stream It On Spotify 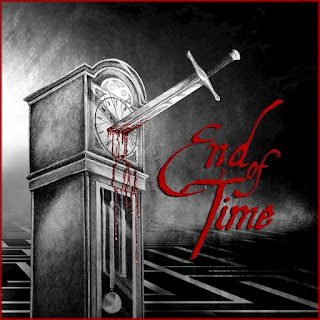 Every living creature has a guardian...

So begins the narration of drummer and composer Samuel Fishman's latest project, End of Time. It's storytelling and a rock musical journey woven together in 15 tracks.

Debbie Grattan provides the soft tones for the narration - the perfect tones for a bedtime story. Her voice rises and falls to emphasize the drama of the story, with sounds and music emerging when the voice drops. The tracks bleed into each other and the spoken portions are short and poignant, rather than self indulgent.

The notes call it "a progressive rock soundtrack in search of an animated feature film" and that's probably an apt description. The release alternates musical and narrative tracks. The story is about a spiritual journey, and the music is evocative and varied in approach.

There are elements of contemporary classical music in Sh'ma Sh'ma, then melodic rock with jangly guitars on Omens. The mood turns to heavy rock on Stolen Lives, with whispery vocals that turn powerful against anthemic guitar riffs.

Mantra is a straight up head banger. The End Of Time is a standout track, with moody vocals and guitar lines weaving in and out of each other, and Samuel's hypnotic drum work that punctuate it with an insistent pulse. 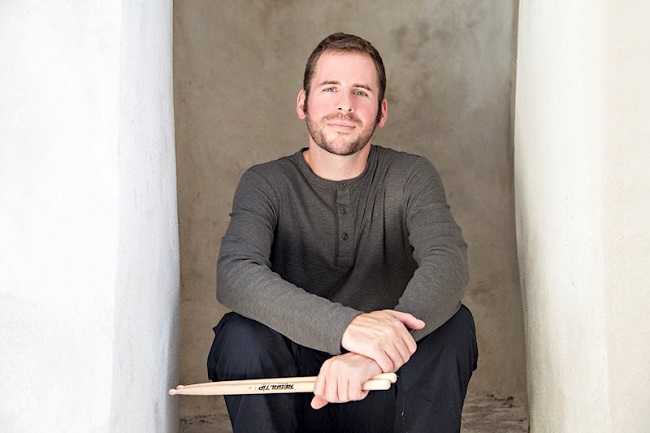 Sam has an eclectic background. The New Jersey based artist is also known for his band Madison Rising, and his production work in a variety of genres, including hip hop, folk, rock, and jazz, most notably "Band Practice", a jam/rock project involving former Spin Doctors guitarist Anthony Krizan. Sam later took on the role of performer and producer with his release of "Stained Glass and Technicolor Grooves", featuring renowned jazz pianist Misha Piatigorsky.

His latest project is an interesting experiment in musical storytelling.

Track List
1. The Musings of Your Heart (A Path Illuminated) 2. Sh'ma Sh'ma 3. Don't Forget You Can Breathe 4. Omens 5. Pure Kinetic Energy (Inside the Labyrinth) 6. Voices Emerge 7. Grand Design (Outside the Labyrinth) 8. Stolen Lives 9. Sulfuric Fumes of Fury (Enter the Dark) 10. Mantra 11. Final Distance to the Clock 12. The Space Between Calm and Catastrophe (Approaching the End of Time) 13. The End of Time 14. A Short Dream 15. A Short Dream Revisited